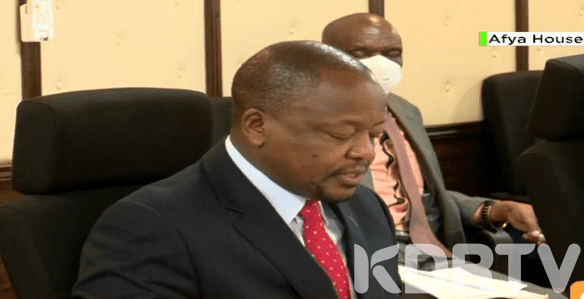 Health Cabinet Secretary Mutahi Kagwe on  Monday during a press conference announced that four of the new cases were recorded in Mombasa, three in Nairobi and one in  Kwale

According to the CS, all the 8 patients were Kenyans and he added that 5 were picked by the surveillance team while the remaining are were from the mandatory quarantine units

“We are learning from experiences elsewhere, countries are opening up much earlier than we think we should, other countries have delayed…but we want to make our own measures based on our own experiences and based on what we have seen as a people,” he said.

“If we discipline ourselves we can begin to defeat this virus. My hope and prayer is that this is what is going to happen.”

This has come barely a day after the Education Cabinet Secretary Prof. George Magoha announced that schools will resume operations in June.

In other reports, many countries around the world have started to reopen partially.