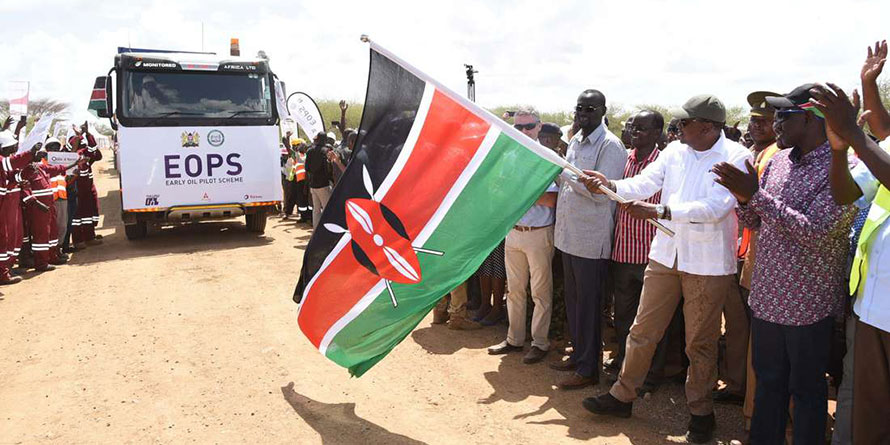 “We are now an oil exporter.” President Kenyatta shared the news on a precise twitter post after Kenya’s first oil shipment of 200,000 barrels on Thursday afternoon.

Our first deal was concluded this afternoon with 200,000 barrels at a price of 12 million US dollars,” said President Kenyatta as he chaired a cabinet meeting yesterday.

He went on to express his confidence that the oil trade exported would help grow the economy and end poverty.

Since Kenya’s first discovery of oil deposits in 2012, explorations have continued in the Lake Turkana Basin with more deposits being reported.

The oil production statistics were disclosed by London-based Tullow Oil, which has exploration and oilfields in Turkana. Tullow Oil estimated some probable  560 million barrels in probable reserves.