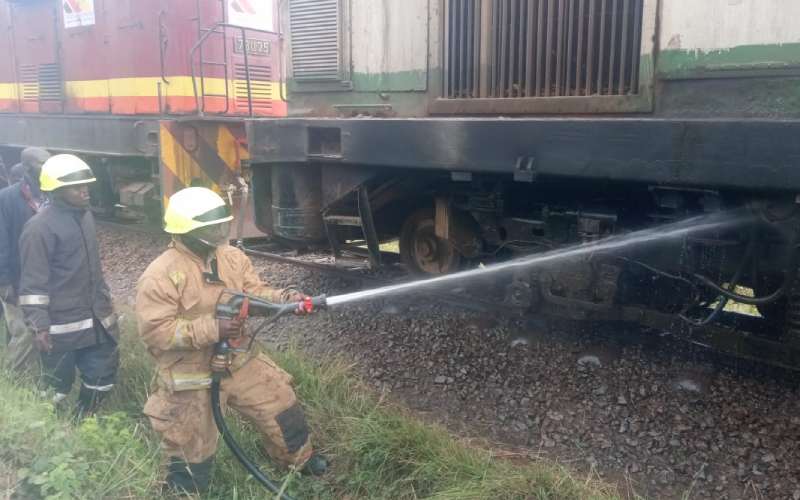 An electrical fault is the reason why a cargo train ferrying empty petrol tanks from Nanyuki to Nairobi on Sunday, June 6 burst into flames.

In a statement released by Kenya Railways Corporation (KRC), the electrical fault in the engine led to the fire but was swiftly contained by the fire brigade.

The train caught fire at Kabuta village in Kiharu in the morning but there were no casualties.

Kenya Railways also urged its customers to exercises patience and calmness since normal operations will resume after a full inspection of the train.

“Our engineers arrived at the area promptly and rectified the problem and service is expected to resume once a full inspection is completed,” Kenya Railways management said in a tweet on Sunday afternoon.

They later released a statement saying:

“Today our locomotive on its way from Nanyuki caught fire due to an electric fault in the engine.

“Our engineers reacted swiftly and rectified the problem. Service will resume once a full inspection is done. The fire Brigade was called as a precautionary measure.”

A video of the train on fire hit social media causing the alarm and panic.

The accident comes less than a month after a commuter train headed to Nairobi from Nanyuki stalled at Ruthagati with more than 1,500 passengers on board.