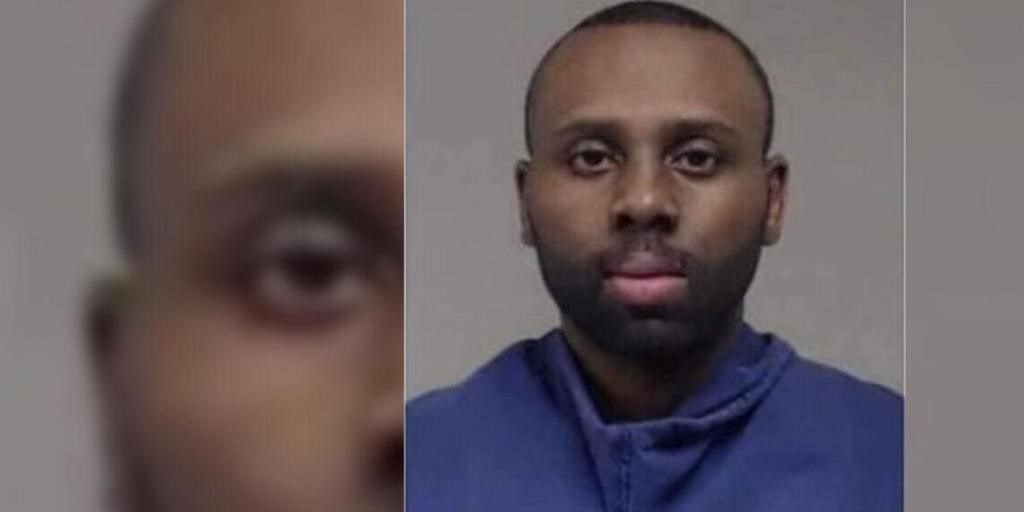 TERRELL, Texas — A Terrell Dentist was arrested and charged with online solicitation of a minor, sexual conduct, in connection with an undercover investigation in Collin County, according to authorities.

“On March 23rd, Eliphas began communicating with one of our undercover CEU Investigators, who was posing online as a 15-year-old female,” Collin County Sheriff’s Office Sergeant Jessica Pond who told Forney.com. “Eliphas made clear his intention to meet and engage in sexual activity. Eliphas made plans to meet at a local park the next day. On March 24th, Eliphas arrived at the meet location where he was arrested by deputies and taken into custody without incident.”

According to an arrest report in the case, Osinde allegedly began communication with an undercover officer posing as a 15-year-old female persona, who identified as “Tessa,” through an online messaging application.

Investigators, in their communication with Osinde, established their age with Osinde by stating their persona was 15 years old, nearly 16. Osinde replied in his communication that he was 29.

Osinde and the 15-year-old female persona agreed to meet at a park in Collin County with Osinde allegedly requesting sexual acts. In that communication, Osinde identified his vehicle to the persona.

Osinde was taken into custody without incident and transported to the Collin County Sheriff’s Office detention facility where he was charged with online solicitation of a minor, sexual conduct.

“I, Investigator McMillian, have reason to believe and do believe ELIPHAS OSINDE did intentionally and knowingly, over the Internet, by electronic mail or text message or other electronic message service or system, or through a commercial online service, knowingly solicits a minor to meet another person, including the actor, with the intent that the minor will engage in sexual conduct, sexual intercourse, or deviate sexual intercourse with the actor or another person and was an individual whom ELIPHAS believed to be “Tessa” and 15 years of age at the time of the commission of the offense in violation of Penal Code 33.021, a 2nd degree felony,” reads, in part, the arrest report.

After arraignment, Osinde’s bond was set at $50,000. He posted bond the following day and was released with felony bond conditions, which included the forfeiture of his passport, according to Collin County court records. Osinde additionally filed for an affidavit of indecency.

A hearing is scheduled for May 3, 2022, on a request to amend Osinde’s bond conditions.

According to court records, Osinde is being represented by high-powered Plano attorney Heather J. Barbieri who had been named to Texas Attorney General Ken Paxton’s legal team in defense of charges against him for securities fraud in Collin County.

Earlier in March, the Collin County Sheriff’s Office conducted a similar undercover operation and arrested 27-year-old Richard Jenkins, II, of Bricelyn, Minnesota. Investigators say Jenkins traveled over 900 miles to pick up an person he believed to be a 15-year-old female, with plans to take her back to Minnesota.

“If you suspect that any person is communicating inappropriately with your child online, please report this matter to your nearest law-enforcement agency,” he stated.

Subscribe to watch latests videos
In this article:Kenyan doctor charged in US, sexual solicitation