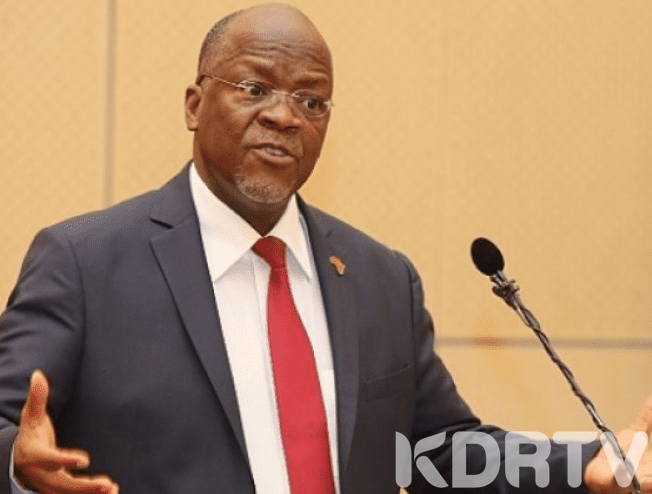 Coronavirus Cases In Tanzania Rises From 94 To 147

(KDRTV)-Tanzania under the administration of President John Magufuli has responded to Kenya`s settlement to spare Tanzanian flights from the list of flights allowed in Kenya as it prepares to resume international flights.

KDRTV confirmed a report that on Friday, July 30, Tanzanian Civil Aviation Authority (TCAA) stated that it had revoked the approval for Kenya Airways for three months and the ban is taking effect on Saturday, August 1 to October 24

“The authority regrets to inform you that, on a reciprocal basis, the Tanzanian Government has decided to nullify its approval for KQ flights between Nairobi and Dar es Salam/Kilimanjaro/Zanzibar until further notice.

Earlier on Thursday, July 30, Transport CS James Macharia exposed a list of countries that will be permitted to resume flights to Kenya.

According to the CS Macharias statement, the list was compiled as president Uhurus directive and that it was cleared by Health CS Mutahi Kagwe on July 14.

According to the CS, the countries have been unblocked after they recorded descending rates of coronavirus infections

However, Tanzania has declined to give daily updates on coronavirus and at some point back announced that the country had healed from the novel virus.

Critically, international bodies including the US embassy raised concerns that Tanzania could be covering up cases of coronavirus

At the same time, Mutahi Kagwe stated that the approach to resume international flights were not focusing on diplomatic relations but the safety of Kenyan nationals