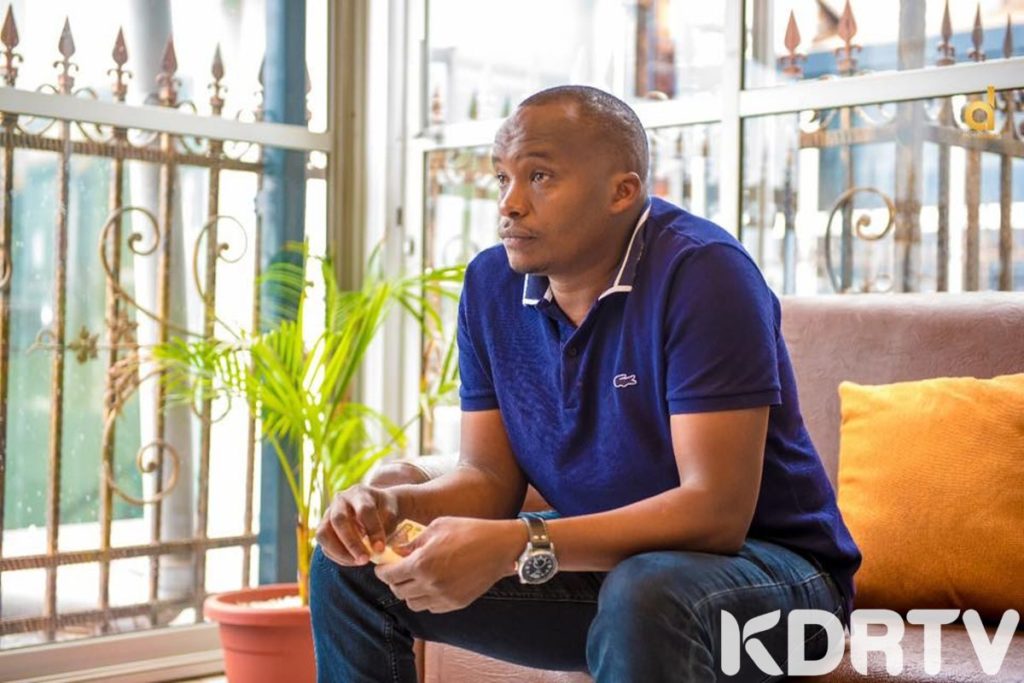 A Kenyan member of Parliament Representing Starehe Constituency Mr. Charles ‘Jaguar’ Kanyi as he is commonly known has refused to back down on claims that he is instilling fear to foreign Businessmen and women by issuing statements which are deemed Xenophobic in nature.

While addressing his constituents over the weekend, the musician turned politician it’s alleged said that he will lead his constituents to send ‘HOME” foreigners who have taken over Kenyan businesses at the expense of the indigenous who cannot compete with them because foreigners have more capital, and this is rendering Kenyans jobless and others experiencing huge losses.

Police did a cat and mouse chase with the Legislator, tricked him and later caught up with him hiding in Parliament precincts and pounced on him immediately he left Parliament buildings. He was taken to Kilimani Police station to record a statement but demanded that he talks to his Lawyer before he writes any statement.

By the time KDRTV News Media personnel arrived at the police station a large swam of his supporters had started camping outside the police station demanding that their leader should be released unconditionally because he had done nothing wrong and was within his democratic rights and a leader representing Kenyans from different orientation and backgrounds he was basically speaking on their behalf.

Mr. Jaguar is demanding that the Cabinet Secretary of interior Dr. Fred Matiangi is doing little to protect Kenyan business people by not expelling foreigners from Kenya who are daily opening shops particularly in his constituency and in Nairobi Central Business District.

He wants Dr. Matiangi to deal ruthlessly with these foreigners most of whom he claims don’t have work permit to operate businesses in Kenya but are seen in every street and corner of Nairobi County transacting business.

Dr. Fred Matiangi ordered that 6 Chinese Nationals who were doing Mitumba business should be deported because whatever they are doing is not allowable under Kenyan laws. Any foreigner who want to do business in Kenya must obtain a work permit and must undergo authentication process to ascertain that he is doing a business peculiar than what Kenyan businessmen can do.