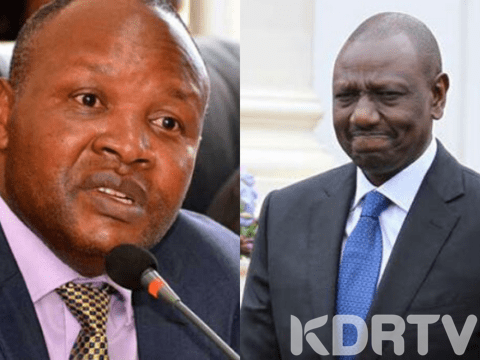 The governor was speaking in Konoin, Bomet where he said that the political temperature in the country is not conducive for the Deputy President  “especially considering his firm stand on how the Building Bridges Initiative (BBI) forums are being conducted.”

“When your security person is killed, what else will follow? What was the real intention of eliminating someone who is just assigned to perform his duties?” Posed the Kericho County boss.

The Governor further iterated that “I also have a security person, but if he is killed then I’m the real target.”

During the burial of the murdered police sergeant attached to the DP Ruto`s office, the second-in-command said that he is more than ready to encounter the killers of the late Kenei who may attempt to intimidate him.

Since the murder of the sergeant Kenei whose killing is attached to the illegal military scam that involved the former Sports Cabinet Secretary Rashid Echesa, many allegations have been surrounding the DP.

However, during the burial of Kenei, the DP told the DCI George Kinoti to focus on police job and not politics to bring to book those who killed the late sergeant