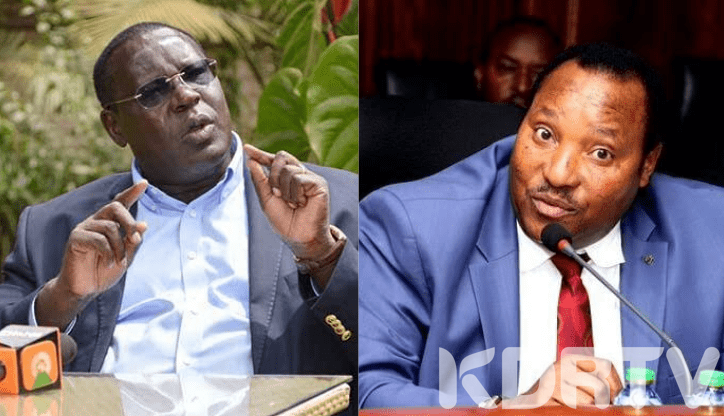 More drama gloom in Kiambu County Assembly as Governor Ferdinand Waititu and his deputy James Nyoro thumb their chest on a scheme to impeach each other.

According to our previous reports, the impeachment motion for the two was scheduled for debate on Tuesday, December 10, but was postponed to next week as both teams consolidate their numbers to oust either Waititu or Nyoro from the county offices.

The county assembly of Kiambu is trying to avoid blames of being faulted for impeaching the Governor without giving him time to defend himself.

On the same note, the postponement was also to allow for public participation as well as affording both sides to galvanize and consolidate their numbers prior to the debate.

A section of the MCAs wants to impeach the governor based on several counts including abuse of office, gross misconduct, conflict of interest in using proxy companies to transact with the county, as well as failure to comply with the procurement obligations.

However, the MCAs allied to Waititu want to impeach Deputy Nyoro claiming that he is physically and mentally incapacitated to run the county office. They also accuse him of forceful entry and assumption of the Governor`s position.

Out of 92 MCAs in the county assembly, 60 MCAs were present during Tuesday`s session that rescheduled the impeachment motions.