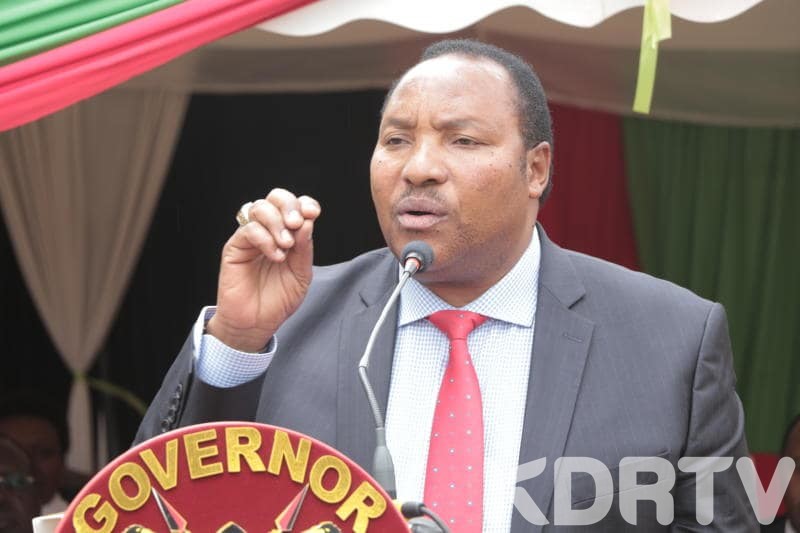 Nyoro said that he would not work with his boss, who was barred from accessing his office in connection with corruption scandal where he is accused of defrauding the county Kshs588, 198, 328 in and illegal tender.

As a result, Deputy Governor Nyoro resumed Waititu`s responsibilities effective Tuesday, July 30, and promised to seal the loopholes that have resulted in misappropriation of the public funds.

While speaking during his visit to Damacrest School on Thursday, November 21, the acting county boss was presumably not ready to relinquish his new position.

“If the court says you return, we will leave the office for you because we cannot work in the same government. When you come in we will go if ever but as long as we are here, we will continue to serve the people and let no one says he wants to operate from the office because the county is ‘burning’,” he said

The two county high profile leaders have always pulled in different directions in several public functions, with each one blaming another party.
According to earlier KDRTV reports, the Deputy Governor at one point faulted his boss for running the county affairs alone without engaging the county executive members.
Subscribe to watch latests videos
In this article: