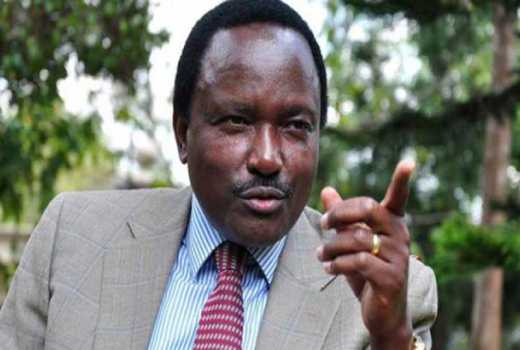 Speaking in Kajiado, Kalonzo said that Ruto violated protocol by planning for the Uganda trip without president Uhuru Kenyatta’s knowledge.

He accused the DP of seeking public sympathy through all means.

“I was the vice president of President Mwai Kibaki and not on a single day did the President complain about me,” said Kalonzo.

“I want to tell Ruto that on this one,  he got it wrong. I am talking to you as a person of great experience because I was in that position you are in today.

“Orange Democratic Party leader Raila Odinga, who served as a prime minister then, never dared such a move,’’ he added.

READ ALSO: She Was Shot While Sleeping- Police Reveal How Philomena Njeri Was Killed By Mukundi

“If people have decided to go their way let them resign. If Ruto had resigned, he would have been free and would not need to seek permission from the President,” he said.

“We must have order. If you want sympathy, look for the right way. We have a country to mind.”

Ruto on the other hand accused leaders of using government facilities to frustrate his allies.

Speaking at a church service in Karagita, Naivasha, Ruto said that politicians have forgotten their purpose because of these fights which have derailed the economy.

“It has now become the norm to arrest MPs and other investors and we should not allow petty wrangles to divide Kenyans based on political differences,” he said.

“We promised Kenyans jobs, universal health care and houses but all this has been forgotten as we continue to fight MPs, investors and those perceived to be anti-government.”