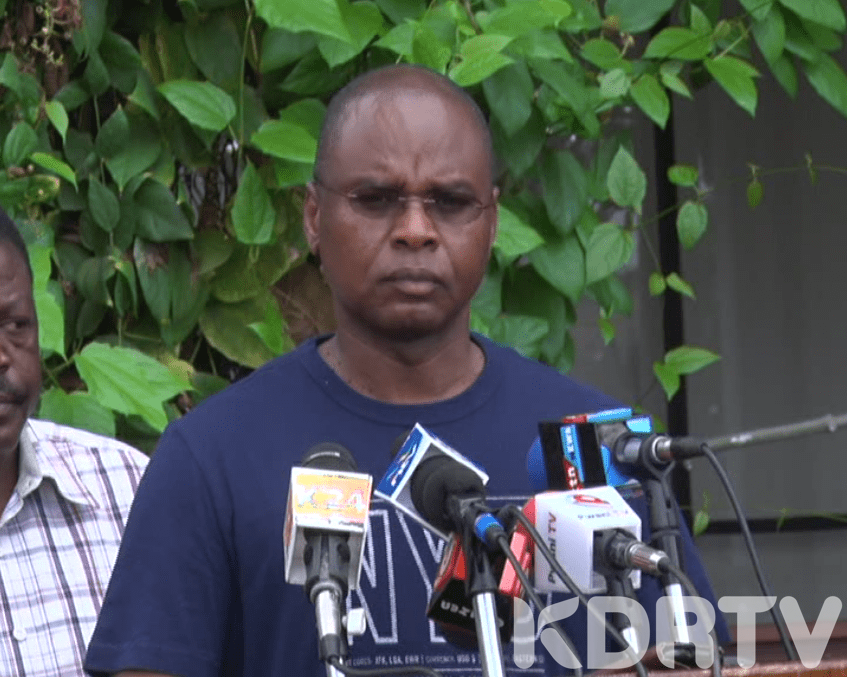 (KDRTV) – Kilifi Deputy Governor Gideon Saburi traveled to Germany despite knowing that the tourism promotion  event he was attending had already been cancelled over COVID-19.

Germany has received the brunt of Coronavirus infections with more than 20,000 people testing positive and at least 70 deaths.

The country opted to cancel all meetings and banned public gatherings as one of the ways to curb the spread of the deadly virus.

According to sources within Kilifi County Government,  Saburi was only interested in the hefty perks and allowances which come with foreign trips.

Kilifi county deputy governor went to German for a tourism promotional tour that had been cancelled due to Coronavirus. Meaning he went for fun, came back, defied quarantine & now tested positive.

Apart from being charged, he should lose his post. That was reckless & selfish.

Unfortunately,  apart from the allowances, he also came back with the virus.

Saburi travelled back to Kenya,  via Amsterdam on March 6. He has been roaming funerals and social joints in Kilifi with little care.

An employee in Kilifi Governor’s office has described Saburi as a useless person who should be impeached.

“He doesn’t care about the lives of the people he has infected… we will impeach you, you are useless…” an emotional man only identified as Mulei said.

On Sunday, Health CS Kagwe Mutahi announced that the government would take legal action against the official for refusing to self quarantine.

However,  we believe Saburi should face more serious charges including endangering people’s lives.

It has now emerged that Saburi met with Governor Amason Kingi who later met with ODM leader Raila Odinga in Mombasa.

Kilifi County DG confirmed COVID 19 positive. He interacted with his Governor Amason Kingi. In turn Kingi and Joho met Raila who was in Mombasa. Raila flew from Mombasa directly to Tuju's home where he met Tuju, Ruto, Murkomen and a host of other leaders.#MulikaCorona

The only good news is that these leaders strictly adhered to the strict social distancing order.