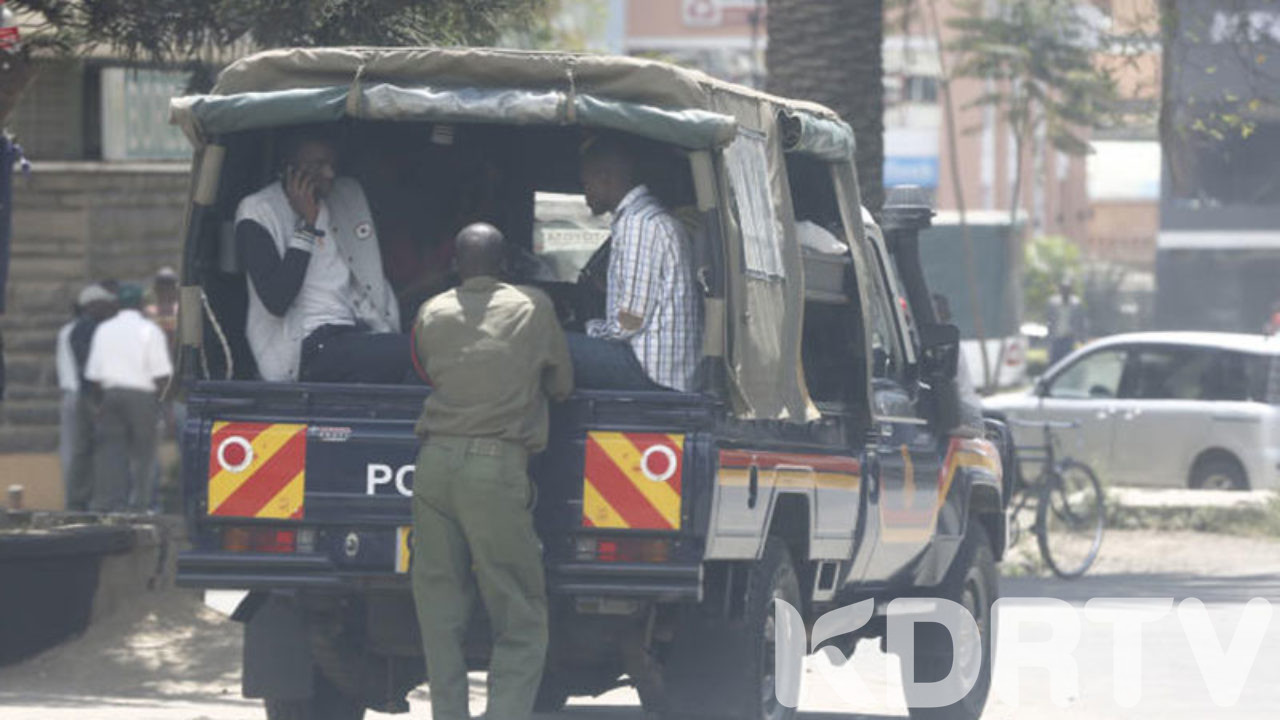 The second body of one of the four men who went missing on Monday, April 19, in Kitengela has been found, KDRTV.co.ke can authoritatively report.

This publication understands that the body of one Benjamin Imbai Amache was found in Thika, just days after they were reported missing.

The remains of his body were found at General Kago Funeral Home in Thika on Thursday, April 29.

Amache’s body was found in a Thika mortuary just hours after the remains of yet another member of his group was found in Murang’a.

Amache’s body was found at the General Kago Funeral Home in Thika. 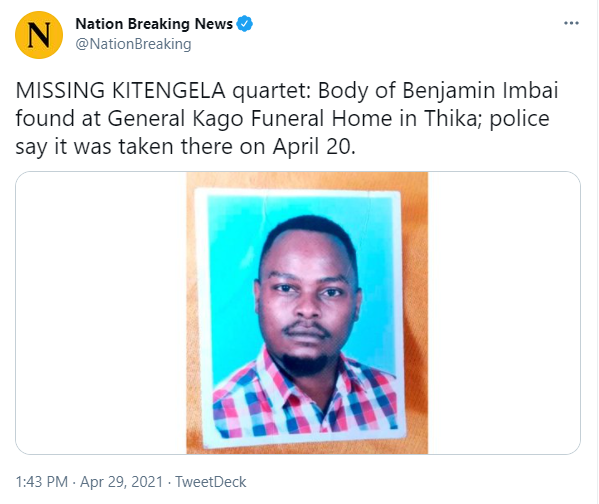 Police reports indicated that Amache’s body was taken to the mortuary on Tuesday, April 20, just a day after he and three of his friends were reported missing.

It should be noted that Amache’s body was found on the same day when the body of his counterpart Elijah was found in a Murang’a morgue.

KDRTV.co.ke earlier reported that Elijah was discovered by a sand harvesters near Mukungai River along Murang’a Road on April 20.

While bodies of the two have been found, it is not yet clear where two of their buddies, Brian Oduor, 36, and Jack Ochieng, 37, are.

The four gentlemen went missing on Monday, April 19, after having lunch at a Kitengela club.

Nation had earlier reported that their phones simultaneously went off at around 2.00 pm on the fateful day. 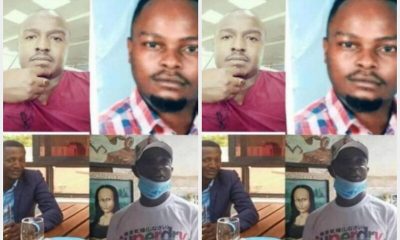 Families of the missing four earlier disclosed that they were all working in the car hire business, raising concerns that a deal gone sour could have been the cause of their disappearance.

The missing people’s families revealed that a mysterious man called Erico reached out to them via social media and told them the location of a Toyota Mark X, which they were using.

This site understands the four were living life on the fast lane and spent most of their fortunes on women, alcohol and cars.

The group had also had a few run ins with the police, with case in point being Benjamin who was in January 2020 arrested as part of a seven-man gang that had robbed KSh 900,000 from a car.