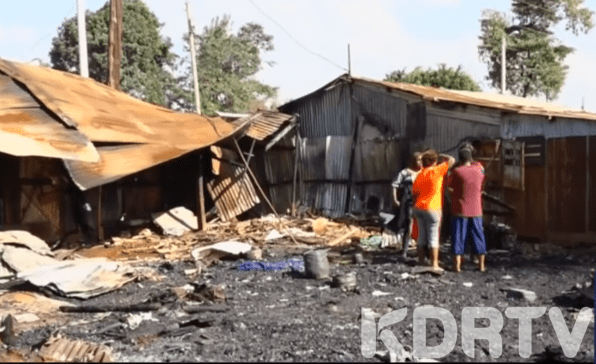 Kawangware landlord in Nairobi on Wednesday morning killed a tenant over rent arrears of Kshs. 2500 before the residents reduced his semi-permanent houses to ashes

According to the residents, Jirongo was an orphan who was working as a garbage collector in the slums