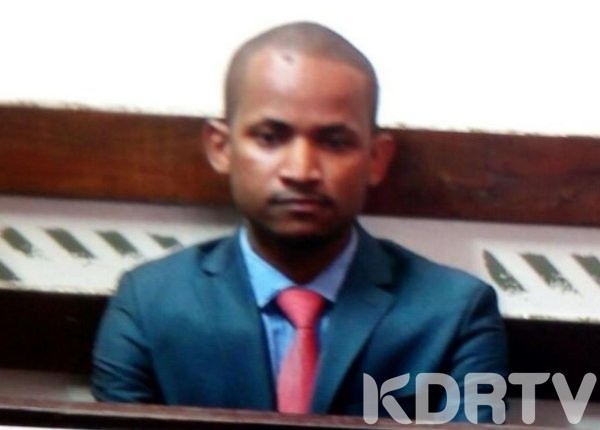 (KDRTV) – Embakasi East MP Babu Owino is walking a lonely path after being charged with attempted murder and misuse of a firearm.

Babu’s colleagues in Parliament have not visited the MP since he was arrested on Friday last week. None of the ODM members was present when he took plea at Milimani Courts on Monday.

Kenyan MPs are known to visit their colleagues in police cells. Tanga Tanga lawmakers were teargassed as they demanded for the release of Gatundu South MP Moses Kura a few weeks ago. It is not clear why ODM lawmakers would abandon one of their own at the hour of need.

Babu, a vocal opposition legislator and a warrior in ODM leader Raila Odinga’s army, is accused of shooting DJ Evolve at B Club in Kilimani Area on Friday morning. The DJ is said to be in a stable condition as he recovers at Nairobi Hospital.

Yesterday, the court refused to release Babu on bail, sending him to prison for seven days. Magistrate Francis Andayi called for the victim’s evidence to be placed in court before he could make a fair ruling.

“Given the gravity of the offence, this court is of the view that the victims’ views need to be incorporated so that this court can arrive at a fair decision on the accused’s bail application,” he said.

This is not the first time that Babu Owino has been a guest of the state. In January 2018, he was arrested and charged with assaulting and causing bodily harm to a parking attendant at an entertainment joint in Westlands. He spend two days in custody before Nairobi Senator Johnson Sakaja secured his release. When he appeared in court, he was represented by Siaya Senator James Orengo.

Karma is a Bitch. Babu Owino needs to be taught the same lesson he wished on Alice Wahome. Power has corrupted the so called young MPs in Kenya. It's insane and unimaginable for a Honourable member to think that he can walk to a club and use his gun to shoot a DJ and go Scot free

Both Orengo and Sakaja have not commented on the MP’s woes. He is currently being represented by celebrity lawyer Cliff Ombeta.

In September 2017, Babu was arrested for insulting President Uhuru Kenyatta’s mother. He used abusive language, calling the President (mtoto wa mbwa) during a NASA rally in Kawangware. Opposition MPs stood in solidarity with Babu at the time.