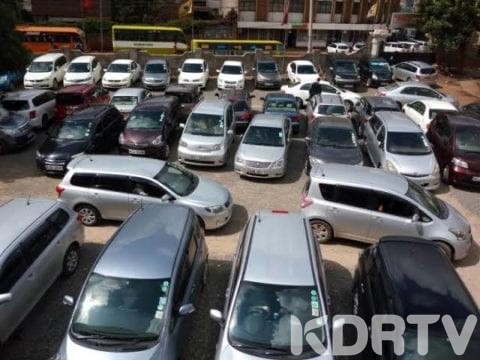 The motorist will be obliged to pay extra parking fees after the Sonko led County Government of Nairobi on Monday announced an increase in parking.

The change in the parking fee will be effective from Wednesday, December 4, and will the motorist Kshs400 to park in the Nairobi Central Business District (CBD) which is a double increase from the previously charged fee.

On the same note, buses that are not used for public transport will be charged Kshs1000 per day.

According to a notice issued by the county Director of Parking Services, Tom Tinega on Wednesday stated that the new parking fees were as a result of the enhancement into the law of the finance Act of 2019, which introduced new tax measures aimed at maximizing the government revenue

The Sonko led administration has divided the parking areas into three zones which include the City Center and Kijabe will attract a parking fee of Kshs400 per day.

Again, the motorists will be charged Kshs100 in other commercial centers which are not included in zone 1 or zone 2.

Thus, private motor owners will be charged a seasonal parking ticket of Kshs. 7000 for one month, Kshs18000 for three months, Kshs32000 for six months and Kshs55000 for one year.

“Kindly note that you will be required to top up the parking fee payment if migrating to a zone with a higher charge as will be applicable,” reads the notice.