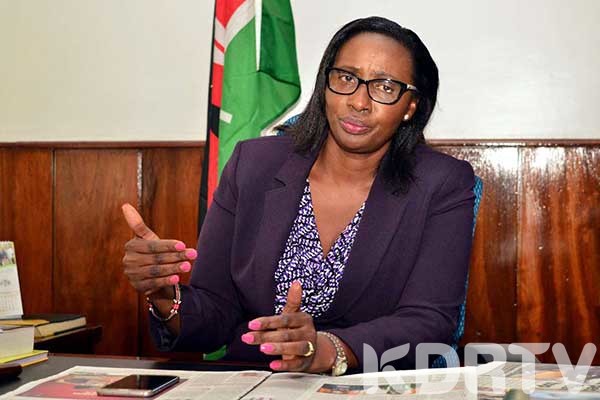 Elachi resigned on Tuesday morning. She claimed she had tendered her resignation to President the President.

“I humbly tender my resignation to President Uhuru Kenya. For the last few days, there have been life-threatening incidences. I appoint my deputy speaker, John Kamangu as acting speaker,” Elachi said.

Ahmednassir said that Elachi was appointed by Members of the Nairobi County Assembly (MCAs) and not the President.

‘I thought the good lady was elected by members of the County Assembly? Why invoke the President’s name in VAIN?’ he questioned.

Elachi has been at the centre of all that is bad at City Hall, clashing with MCAs on several occasions.

This is the second time that Elachi is leaving City Hall, having been forcefully evicted in September 2018 by a section of MCAs who accused her of among other things; corruption, illegal appointments, victimization of MCAs and assembly staff, and militarization of the assembly.

She controversially returned in October last year. Her tenure has been full of drama with lawmakers turning on each other forcing the Interior Ministry to put up a Police Post within City Hall.