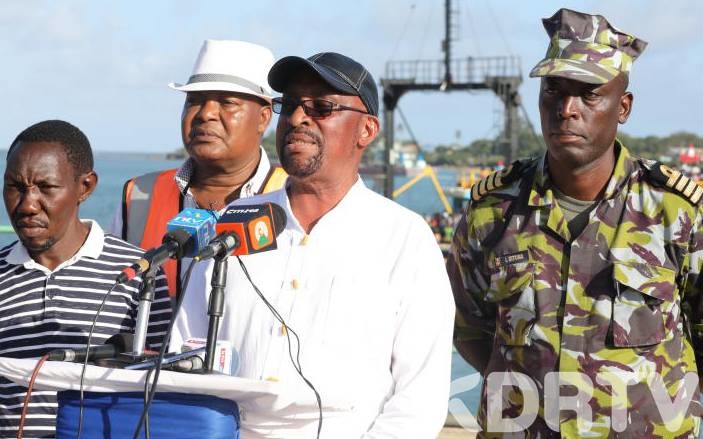 The Likoni ferry area has been pronounced a no-go zone where the public including journalists can no longer have access.

The was declared to pave way for intensified search of the tragedy victims and set under management of the naval and Kenya Ferry Bosses.

“The divers who have been hired by the family from Subsea company are here. The government has also hired three more from South Africa. We also have machines for the operations…They have therefore requested people to vacate this place so that it eases their operation,” said Kenya Ferry Services Chairman, Dan Mwazo.

Earlier today, the operation was jump-started by the a team of divers from South Africa who were hired by the family members of the victims.

The operation that is on its eighth day, was previously affected by lack of equipment as well as poor weather and low visibility.

The government has however taken the search serious, asking the public to be patient as the other presumed areas that the bodies might have plunged into had been exhausted.

According to the KFS chairman Mwazo, more teams had been deployed in the operation with the inclusion of the Indian Air force who scheduled to take up the task.

“We are late because of the Indian air force who had to put their big four ships in order. They have come for a visit and to do some exercise, and might also be involved in the search. However, we are going to embark on our operations anytime soon from now,” said KFS boss Mwazo.