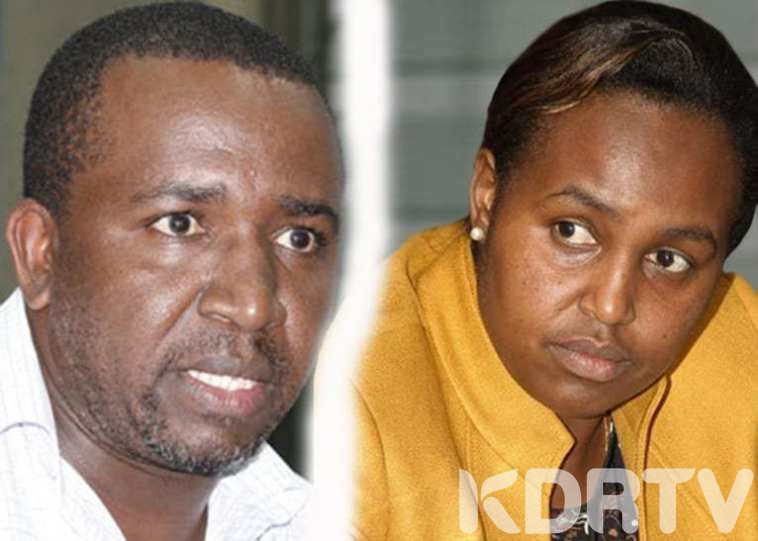 According to reports, the 65-year-old told the court that prior to the couple’s traditional wedding in 2016, she inquired whether the senator was only after her daughter’s money.

She mentioned that she asked Linturi as soon as he arrived for the ceremony in Nandi to pay Kitany’s dowry.

Ms  Chepkoech mentioned: “In 2016, my daughter told me that she wanted to bring Linturi home so that he could pay dowry. I welcomed the plan. I, therefore, invited my relatives from Kericho.

She further noted that prior to the dowry payment they met at a local church during a fundraising ceremony that was attended by Linturi and his friends in the political circles.

“He came to the church where I am a preacher accompanied by Nandi Hills MP Alfred Keter, the now-Nandi Governor Stephen Sang, Elgeyo-Marakwet Senator Kipchumba Murkomen, now-Kiambu Governor Ferdinand Waititu, among other leaders. During the harambee, Linturi gave us Ksh1 million.

The leaders, who had arrived in Nandi in six choppers, thereafter flew to my home, located near the church. I prepared them lunch. They ate and left,” Chepkoech narrated.

Chepkoech stated that Linturi paid Ksh100, 000 as dowry for her daughter.

She added: “The dowry was supposed to be in the form of animals, but Linturi’s team said it would be cumbersome to transport animals all the way from Meru. So, they gave us cash – Ksh100, 000 – as dowry.

The witness told the court that she has visited Linturi’s Meru home severally as an “in-law”.

“I went to Meru and met Linturi’s father during the 2016 Christmas holiday,” said Chepkoech.

In the divorce case, Kitany insists that she tied the knot with Linturi on March 26, 2016, under the Meru and Nandi customary laws.

However, Lintuti argues that the two were not legally married and that Kitany knew he was married.

It’s on this ground that the senator says Kitany’s divorce prayer can not be granted.

The case is still ongoing.

Subscribe to watch latests videos
In this article:Maryanne Kitany,Mithika Linturi