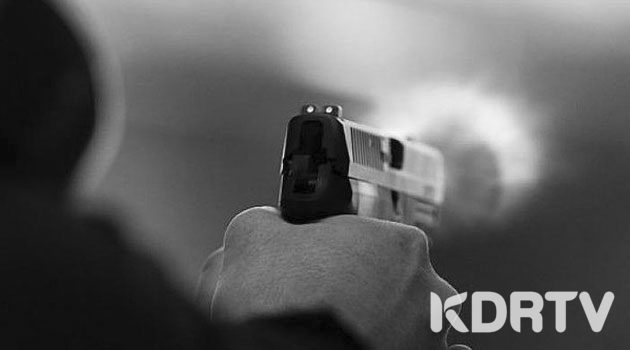 A drunk cop was yesterday found on the other side of the law and culpable of misuse of his position and power after using his gun to defend the girlfriend in a personal matter.

The officer and his current girlfriend were in a club in Ruiru having a good time before trouble ensued.

Samuel Musyoki is an officer based at Embakasi Police Station and is believed to have threatened his ex-girlfriend and pointed a gun at her threatening to shoot her.

The two lovebirds, Emmaculate Mwatha and the Cop were having some alone time before they were interrupted by the company of the ex-girlfriend, Jane Njihia who apparently attacked the current girlfriend and harmed her.

The fight ensued after a small confrontation and argument that led to an exchange of words.

It was at this time that the officer defended the girlfriend by scaring and threatening the assaulter with the pointed gun.

There have been very many incidences of police officers using their guns and positions inappropriately in the country.

Most recently is the case of extortion where police officers extorted money from the public illegally.

As much as the police play the role of maintaining law and order, the disorderliness is very risky to the public and them too.

For instance, they put the lives of many people as well as theirs at risk of being injured, killed or shot.

A few months ago an officer was arrested and charged in Mombasa County for pointing his gun at a female bartender and killing her with the excuse that he was trying to see if his gun worked.

Therefore, as much as they protect the country, vetting and proper channels should be followed before arming them.

The incident was reported at Ruiru police station with the police officers visiting the scene to ascertain the happenings.

The officer was also disarmed until investigations are completed and be presented in court on Monday.