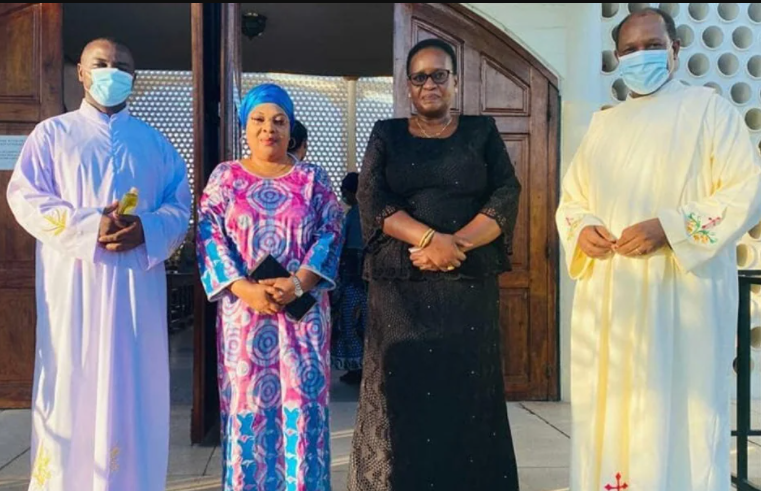 Mama Janeth Magufuli on April 26 made her first public appearance since the burial of her husband John Pombe Magufuli.

The step-out also comes a week following her hospitalization from shock believed to have been caused by her husband’s death.

READ ALSO: Why Nyambane Has Decided To Run For President Come 2022

Janeth united with the faithful of St Peters Catholic Church Oysterbay in Dar es Salaam to mark the 40th day since Magufuli’s demise.

She was accompanied by the clergy members of the church, and Mama Mary Majaliwa, the wife to Tanzania’s Prime Minister Kassim Majaliwa, among others.

News about Janeth’s sickness was confirmed by her son Joseph who disclosed that his mother suffered shock following the sudden demise of her hubby on Wednesday, March 17.

Janeth’s son Joseph made the revelation on Sunday, April 18, while conveying appreciation from his family to the current President Samia Suluhu’s government, religious leaders and members of the security team for what they have done to the family after his father’s death. 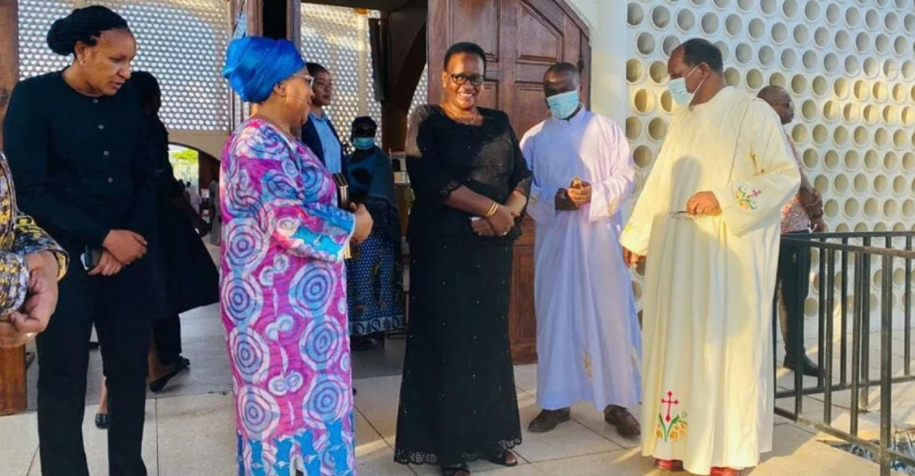 “My mother has health problems; she got a little shocked after dad died, she is going on with treatment, and she has not been able to come, but she loves all Tanzanians very much. She has asked me to convey her appreciation to Tanzanians for their condolences and cooperation immediately after the announcement of Magufuli’s death until his burial late last month,” Joseph revealed.