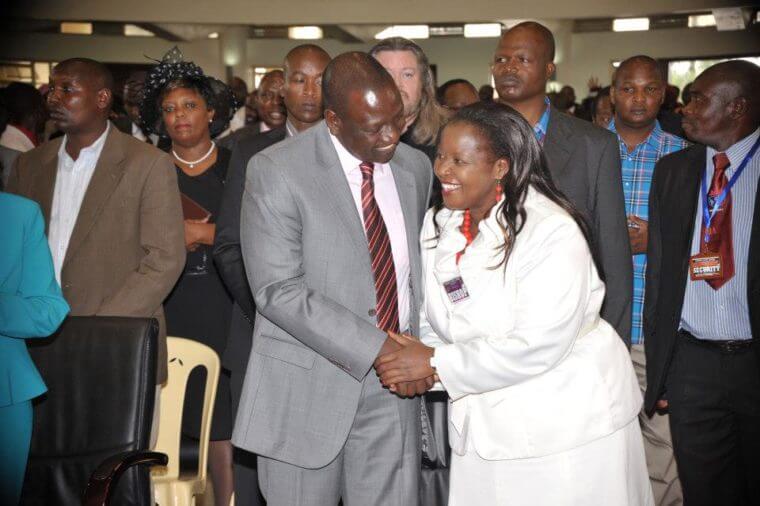 (KDRTV) – Former Starehe MP Margaret Wanjiru has declared her interest to be the next Nairobi in next year’s by-elections. Since last week, Wanjiru has hit the ground to seek support from Nairobians.

The Jesus is Alive Ministries’ Bishop has also stated that she will be running on DP William Ruto’s Hustler Nation platform. In a previous interview with the Nation, Wanjiru admitted to working with Ruto but said the people will decide on party matters.

“I work with Dr. Ruto so I will vie with the ‘Hustler Nation’ team. We work with what wananchi have said. Ours is a bottom-up kind of leadership. The people have decided that it is me and that is why you can see posters everywhere. It is up to them to decide the ticket I will use,” the bishop said.

Earlier today while attending the burial of my friend Mzee Harrison Njoroge (Chairman Kiama Kiama) at Dagoretti South Constituency.  May the LORD comfort the family.

Her decision to join the gubernatorial race has raised jitters, especially within the Kikuyu community in Nairobi.

Jubilee Nominated MP Maina Kamanda has raised a storm after claiming that the bishop can only be elected by her mother.

This forced Wanjiru to fire back, wondering why Kamanda was insulting women yet he had been nominated to a seat meant for women. In a video that has since gone viral, due to her use of ‘sheng’, Wanjiru further warns that the Kikuyu community cannot run away from the pact President Uhuru Kenyatta made with William Ruto prior to the 2013 elections.

Back then, the two agreed that Ruto would succeed Uhuru for a 10-year term in 2022.

Wanjiru is very influential in Nairobi politics. She vied for Senate in 2013, only losing out to Mike Sonko. In 2017, she was one of the many candidates interested in replacing Kidero at City Hall. She was also touted as Sonko’s running mate but that did not materialize.

KDRTV reported here that Ruto and Sonko could support one candidate in the race. Could Margaret Wanjiru be this candidate?