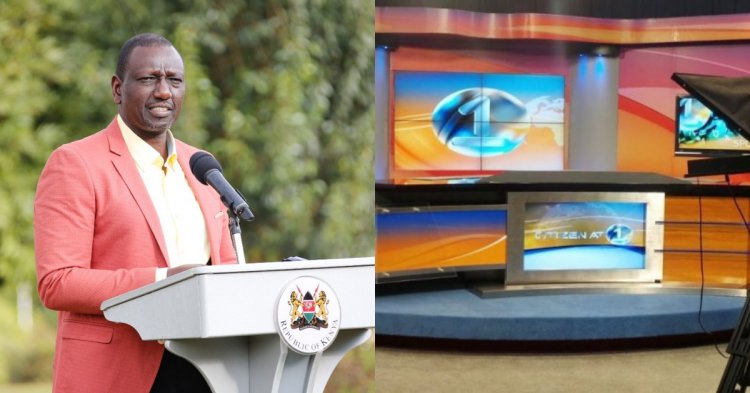 The Media Council of Kenya has sided with Royal Media Services following their recent controversial report of DP William Ruto while in Nyeri.

In a statement released on Monday, September 6, MCK said Ruto’s politicians urging their followers to boycott the station can be deemed as intimidation to journalism at large.

“The contents of the post by the politician are an affront to media freedom and a clear sign intimidation by politicians to the media house and journalism at large,” read the statement.

“Whereas the politician has the right to disagree with the editorial policies of any media house, it is unacceptable to incite the public against any media house.”

The regulator specifically pinpointed Kimilili Member of Parliament, Didmus Barasa saying that his post urging people to boycott the station was uncalled for.

“Accordingly, politicians cannot on their own accord, term the media as unprofessional. Such action amounts to taking the law into their own hands and proceeding to pronounce judgement on an issue they are not made to prosecute,” the Media Council stated.

MCK further warned Ruto allies from calling the media house “Githeri Media” and “gutter press” stating that they should apologize to the station.

“Referring to Media as ‘Githeri Media  or ‘Gutter Press‘ without empirical evidence is a total violation of media practice and standards and we demand for retraction of the statement and an apology issued.”

Politicians have also been urged by MCK to file an official complaint with the Media Complaints Commission that is legally mandated to prosecute them whenever they have a problem.

“Further, in the event where politicians, leaders, and members of the public are aggrieved by the ethical standards by journalists and media houses, they are advised to file a complaint with the Media Complaints Commission which is legally mandated to handle such matters under Section 27 of the Media Council Act, 2013 and issue remedies as it deems appropriate,” remarked MCK.