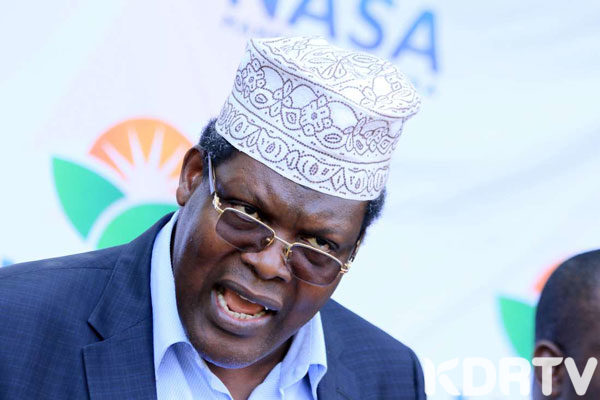 He was almost slaughtered by irritated supporters of Governor Granton Samboja as he was leaving Voi Law Courts on Monday, January 15.

The court, through justice Eric Ogolla said that the court could not issue its verdict over the case. According to the justice, it was the role of Ethics and Ati-Corruption Commission (EACC) to prove the academic papers Samboja used to vie for gubernatorial seat

Further, the court also ruled that the governor did not involve in any election malpractice contrary to the claims by the petitioner

The scene changed as Miguna Miguna was leaving The Courts. Sumboja supporters started hurling insults at the lawyer and some could be heard saying that Miguna was not wanted in the area.

Security officers had to protect the lawyer as he walked towards his waiting car according to a clip seen by KDRTV.COM

After losing to Mike Sonko, the gubernatorial seat of Nairobi, Miguna is currently impelling for the bid to swear in Raila Odinga as People`s president.