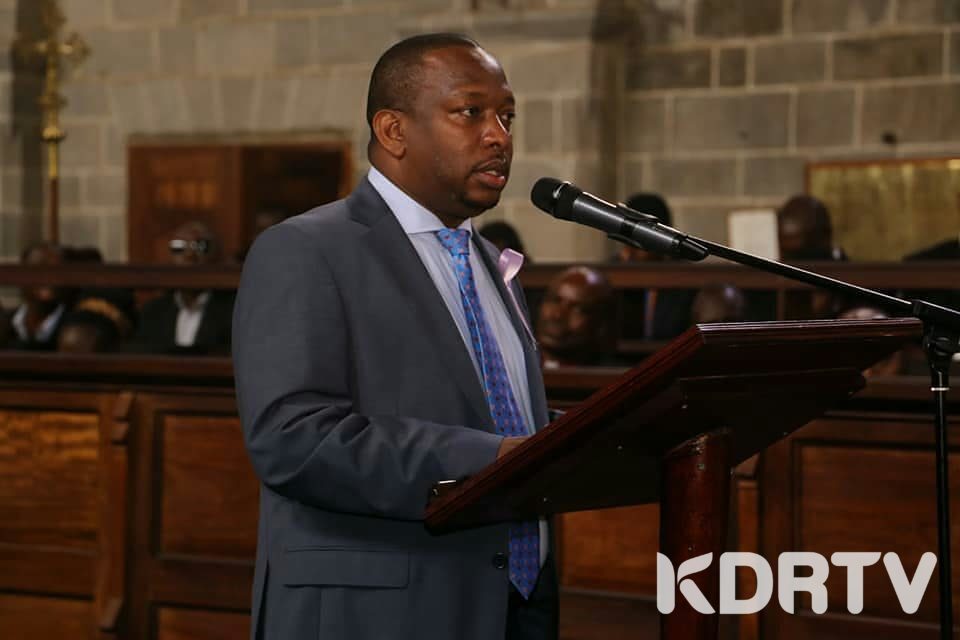 Nairobi Governor Mike Sonko on Thursday, at the MP Ken Okoth memorial blew the lid on Ken Okoth’s second wife, saying he knew of the other woman,Ann Nthumbi. Ann Nthumbi has a child with the MP and was locked out from being part of the funeral arrangements of the MP.

Speaking during Okoth’s memorial service at Moi Girls School, Sonko went ahead to say that the lady, Anita, was later nominated to the county assembly. He went ahead to say he played the part of nominating Ms Nthumbi who was a nurse at the Sonko Rescue Team, to the Nairobi County Assembly.

“Ken Okoth had another wife, as a governor, I know this…I gave Okoth a nurse, Anita, from Sonko Rescue Team,” said Sonko.

Further, he stated that he would ensure Okoth’s family recognizes the minor to make sure he does not suffer.

“Ken will not forgive me if I don’t save the situation. Ken fell in love with a nurse called Anita from the Sonko rescue team. In 2017, he asked me to help him nominate his second wife to the County Assembly and out of respect for him, I nominated Ann Nthumbi,” said the governor.

Sonko’s remarks come even as Ann obtains a court order stopping the cremation or burial of the MP until the paternity case is heard by the court on August 9th.