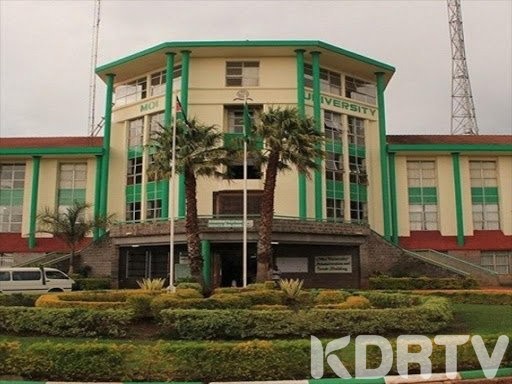 The students of Moi University Main campus were ordered to vacate the school premises after it was closed indefinitely, with all operations suspended.

This is following a planned protest, where the students through their student leaders claimed their efforts to seek audience from the management were futile.

“Following the student’s unrest in the university’s main campus, leading to gross misconduct destruction of property, harassment and injury of university officers, and pursuant to the Universities Act and Moi University Statutes, a special meeting at the University Senate held on 11 October, 2019, has decided to suspend all academic programmes at Main Campus with immediate effect,” read part of a statement from the office of the Deputy Vice-Chancellor, Academics Research and Extension.

This came about after the Moi University Student Organization (MUSO) issued a memo calling for peaceful protests on matters affecting students. The office of the dean however declared the gathering illegal urging students to keep off from engaging it.

Ideally, the office of the dead said that the grievances which were being channeled were being addressed, hence they should be given more time. The students did not heed to the warning and staged their protests which turned wild and escalated to the closure of the University.

According to the Vice Chancellor Prof Paul Wainaina, the protests were due to fee payment where the students wanted more time.

It was very chaotic and blocked the Thika Super Highway, with properties destroyed.

Police were deployed to restore order and the air was filled with teargas and stones that were being thrown by the students.

“The University Senate has decided to close the University until further notice. In view of the foregoing, all students are required to vacate the University premises immediately,” Vice Chancellor Prof Paul Wainaina said in the memo.