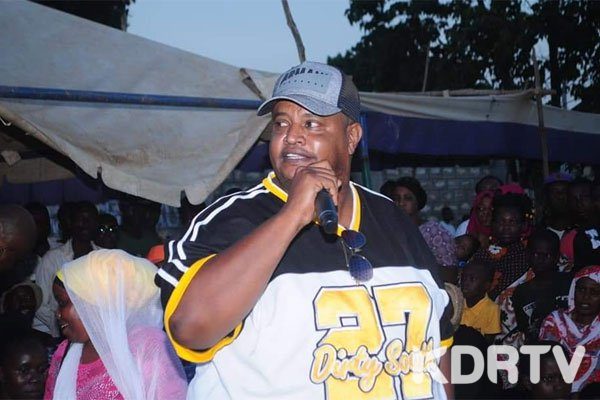 The war on narcotics has intensified in the coastal Kenya, catching up with a member of Mombasa County Assembly over drug traffic allegations.

Yesterday, Ahmed Salam who is the representative for Bofu Ward in Mombasa County was arrested just hours after the Interior CS toured the area and raged war on drugs.

Fred Matiang’i was on a visit in the area after the emergence of gang groups linked to petty politics and intensified use of drugs among youths.

The agenda for the CS’s visit was combating drug menace in the region, something that has increasing become rampant in the recent days.

After the arrest of the MCA, 17 more people linked to the same were arrested and are facing charges.

Ideally, the house of a renowned tycoon Ali Punjani was raided and properties searched after a tip to the police linked him to possession and trafficking of drugs and narcotic substances.

The coast region has been very notorious in drug trafficking with the aid of the port.

Punjani for instance has been lying low after a recent heart surgery, although many reports linked him and mentioned him as among the flamboyant drug kingpins.

He was apparently assigned 19 police officers as body guards and also known internationally as far as New York.

In a case proceeding last month, another famous drug lord mentioned Mr. Punjani as a member of the group while testifying in a very high end case regarding drug trafficking.

Majority of leaders in the coast have been linked to drug trafficking hence influencing and recruiting the youths.

The new war against the menace by Interior CS is aimed at fighting dealers and eradicating drugs in the region an restoring sanity among the youths.

With the MCA in the middle of an arrest and facing charges, Kenyans are hopeful that the war will triumph and drug trafficking fully eradicated.