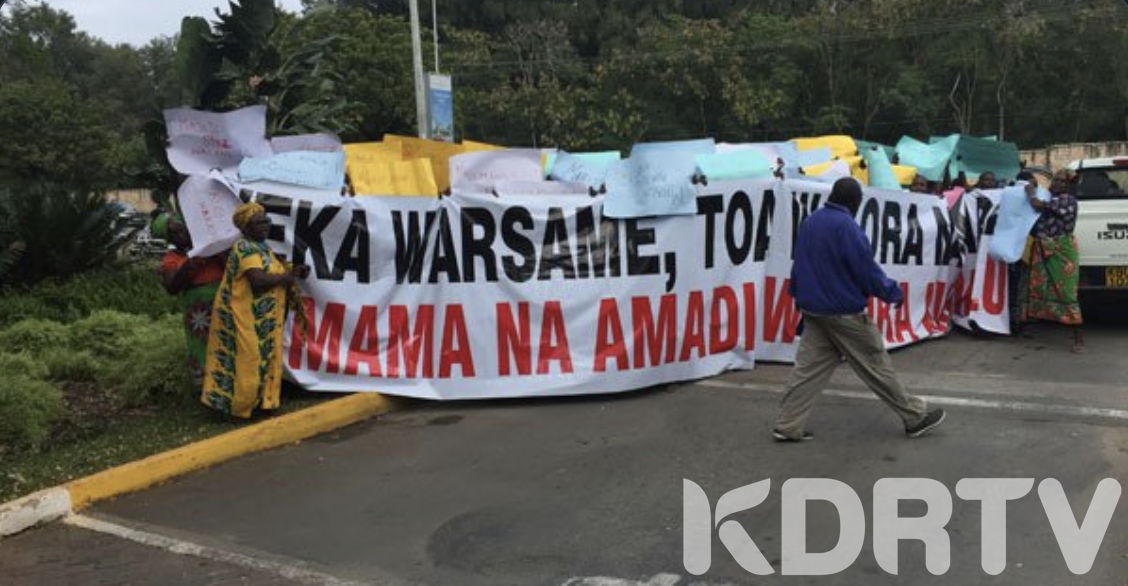 A section of Mombasa residents on Thursday morning took to the streets to express their anger and dissatisfaction in the judiciary officials.

The residents accused the judiciary in having a hand in the illegal drug business in the region that claimed the lives of youths and school children.

They called upon the President to sack all the corrupt judges and have a new batch of judges deployed in the region.

The main cause of alarm that provoked the residents’ anger was the one involving the Baktash Akasha brothers just a day after they were sentenced by a US court for 25 years.

[COUNTIES] Mombasa residents protest against ‘corrupt’ judges: They accuse the judiciary of protecting drug lords in the country. https://t.co/qc5sHXNEUl

“Our youths have resorted to peddling and using drugs. Their lives are shattered and they are aimlessly targeted by the police. This is because of the judges that have failed to convict criminals,” said one of the protesters.

The recent case report of the Akasha brothers revealed that they had conspired with majority of judges in Kenya and paid them bribes in US dollars in attempt to have the case tempered with.

Ideally, the recent crackdown on Ali Punjani who is a notorious drug pin residing at the coast unveiled the secret links between police, judges and drug dealers.

It was alleged that the drug pin had been granted 19 security police as guards to offer protection and aid in running his illegal drug business.

The Interior CS had a week ago visited the region in an attempt to clamp down on the illicit drugs being peddled at the coast.

Therefore, the protesters were passing their message to the government against corrupt judges that were aiding in harboring criminals responsible violence, drugs and other illicit activities.

“Let us stand firm as Kenyans and oust these corrupt judges from office,” said another protester.