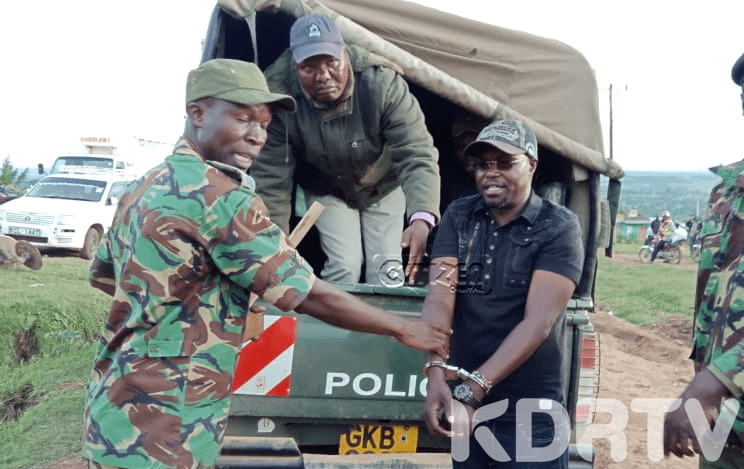 Ngeno, who was in the company of the two other Members of County Assembly resisted the arrest faulting the police of applying double standards

However, the lawmakers questioned the police about the Narok Senator Ledama Ole Kina for walking free despite the incitement messages during the BBI

Ngeno together with the two MCA`s, Jefferson Langat and Stanely Langat were taken to Ololulunga police station to record a statement

On the other side, DP Ruto allies have faulted the BBI rallies for those that escalate negative ethnicity across and the country and thus vowed to stop the rallies.

Led by the Deputy President William Ruto, the tanga tanga politicians said that they will for sure stop the reggae

According to the Deputy President, Kenya is a God-fearing country and would not sit back and listen to leaders who use the BBI rallies to divide Kenyans

Earlier on, the Elgeyo Marakwet leader also said that he missed attending the BBI rally at Narok because he had sensed that the forum could be used to divide Kenyans