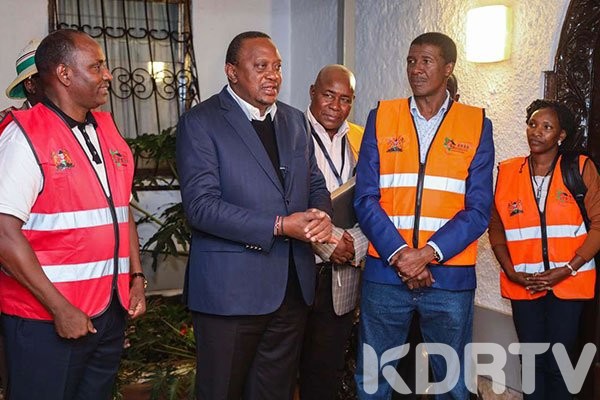 The Kenya National Bureau of Statistics has released the results for the 2019 census at State House Nairobi. Kenya’s population is currently 47,564,296. We have 24 million women in Kenya and 23 million men.

According to the report, released to President Uhuru Kenyatta, Nairobi, Kiambu, Nakuru, Kakamega and Bungoma are the most populated counties in Kenya.

From the population breakdown per county; we can confirm that Mt Kenya is the most populated region followed by Western Kenya.

The five Mt Kenya counties; Nyandarua, Nyeri, Kirinyaga, Kiambu and Murang’a have a told population of 5,482,239 people. However, Kiambu is considered a cosmopolitan county meaning it is a diverse county.

In Western Kenyan, Kakamega, Bungoma, Busia and Vihiga Counties have a total population of  5,021,843 people. Despite being in the Rift Valley, Trans Nzoia is dominated by the Luhya Community and has a population of 990,341 people.

The 13 Rift Valley Counties have a total population of 12.7 million. Anyone one trying to find the population of the Kalenjin community must factor in the fact that Nakuru and Laikipia are an extension of Mt Kenya while Narok and Kajiado are Maasai Counties.

In Nyanza, the four Luo counties of Kisumu, Homa Bay, Siaya, and Migori have a total population of 4,397, 143 people. Kisii and Nyamira are dominated by the Kisii Community who are slightly more than 1.8 million in number.

The three Ukambani Counties of Machakos, Kitui and Makueni have approximately 3.4 million people.

President Kenyatta said the census report will be used in guiding successive planning for the benefit of Mwananchi.

“We direct all ministries, departments and government agencies to utilize #Census2019 results in their planning processes. I also urge county governments, stakeholders and development partners to do the same,” Uhuru said.

But a section of Kenyans believes these numbers will be spun by politicians ahead of the 2022 general elections.

Did President Uhuru Kenyatta just open the IEBC servers with the #Census2019 release? Tharaka Nithi has a population of 393k but 216k voted. pic.twitter.com/VTp7nAYnPj

Do you agree with the 2019 census results?