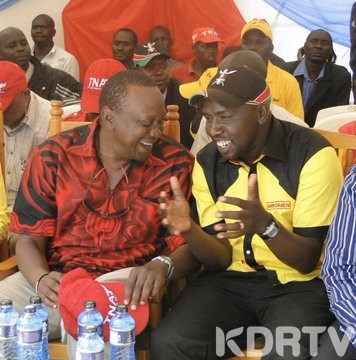 (KDRTV)- Elgeyo Maralwet Senator and close ally to the Deputy President Kipchumba Murkomen has in a fierce tweet told off a section of Kieleweke leaders who have accused him of disrespecting the president.

Read also: Ruto Tells Kalanzo To Work With Him Ahead Of 2022

“I have seen and heard some ‘nyaffs’ give me lectures on how to respect HE Kenyatta. I have campaigned and voted for him four times including in 2002 when some of his relatives deserted him. Back off!” wrote the senator.

I have seen&heard some nyaffs give me lectures on how to respect HE Kenyatta.Let them know that I have demonstrated my greatest respect for him not by words but actions.I have campaigned&voted for for him 4 TIMES including in 2002 when some of his relatives deserted him.Back off! pic.twitter.com/FTWjfhyC1W

Tanga tanga members including Moses Kuria, Mwangi Kiunjuri and Kandara MP Alice Wahome have been in recent time been on the wrong path of the government

The group has been perceived as anti-BBI as well and the handshake truce between the head of state and the ODM`s Raila Odinga.