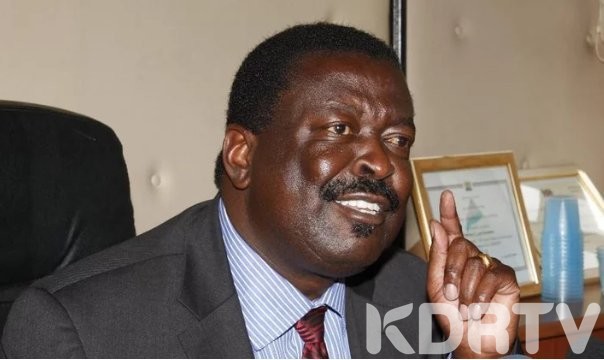 ANC leader Musalia Mudavadi has said that he’s not interested in getting endorsements from individuals because the masses will determine who the next president will be.

Mudavadi said that winning masses is his focus because no amount of endorsement from particular individuals will sway the people from their preferred candidates.

“No level of endorsement from interested players will make one president. The only endorsement that will count and the one I want is that of the voters. I seek the endorsement of all Kenyans to be able to serve them as their next commander-in-chief,” he said.

The leader was speaking after a church wedding on Sunday where he said that as much as the President is planning to endorse Raila Odinga and asking One Kenya Alliance chiefs to back him, he believes such endorsements might not translate to votes.

“The president will be picked at the ballot. Everything else you are seeing is just campaign. It is the votes that will be counted and not the number of endorsements one has received,” he added.

“The greatest endorsement for any politician is when the voters have cast their votes and they have decided they want you to serve them. That is the endorsement of a democratic process. No matter how many pronouncements you make out there, they will not count. What will count is the number of votes you receive.”

Raila has also maintained that he is not interested in getting a political endorsement from Uhuru.

The former Prime Minister said he will only be seeking Uhuru’s vote in the event he runs for the presidency in the 2022 general election.