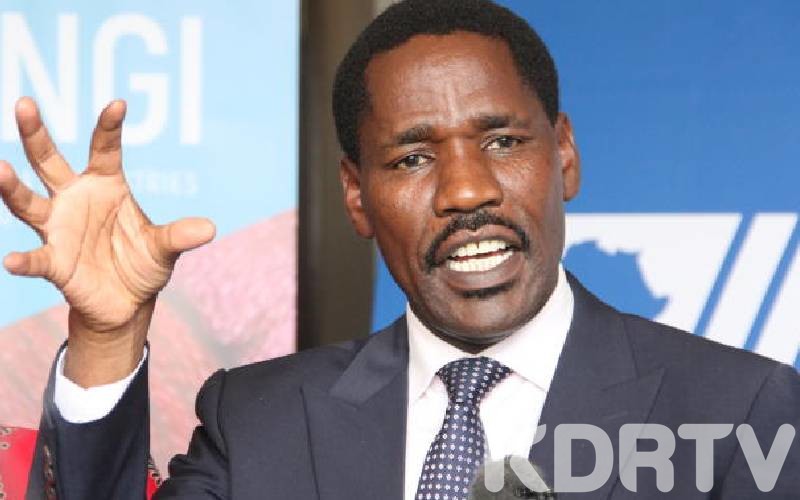 (KDRTV) – New Agriculture CS Peter Munya has already moved to his new office, less than 24 hours since replacing Mwangi Kiunjuri who was fired by President Uhuru Kenyatta on Tuesday.

Munya has said he has elaborate measures to deal with the locust menace facing the North Eastern and Eastern counties.

He said the government has already sourced 20,000 litres of pesticide to deal with the locust menace. The Ministry has also sourced three more aircraft which will be deployed in the locust infested areas.

“We are deploying 3 more spray aircrafts tomorrow to the locust infested areas chemicals have already been sourced. We are also deploying 4 additional aircraft for surveillance,” Munya told journalists from his new office at Kilimo House.

Before his sacking, Kiunjuri was a butt of brutal jokes on social media after asking Kenyans to photograph insects they suspect to be locusts and share them on social media.

“If you see any insect that you suspect could be a locust, take a picture and post on social media so we can confirm for you what insect it really is,” he said on Friday last week.

Prior to that, a video emerged on social media showing police firing at the locusts in Wajir County. Teargas was also used to kill the insects.

So far locusts have been spotted in Mandera, Wajir, Isiolo and Samburu Counties. There are also reports that the insects which move in millions have invaded Meru, Tharaka Nithi and Kirinyaga.