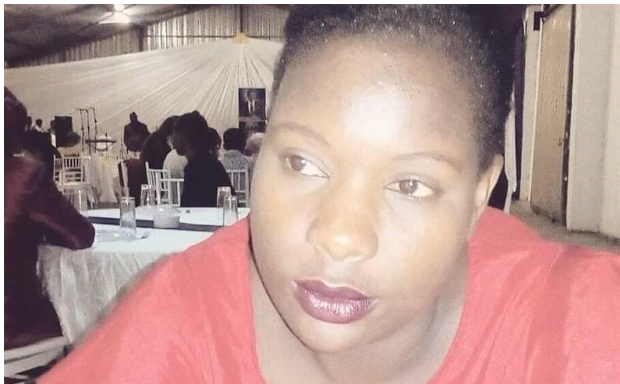 A woman has left social media buzzing after sharing harrowing experiences at the hands of her bosses.

Taking to Twitter, Marion Obunga, 33, revealed how she has suffered working as a house help for close to seven years.

She said that the unbearable working conditions have pushed her to mental illness as most employers don’t care about their employees.

“Working as a house girl has never been easy. It’s the most challenging job and can really mess up your mental health. Because we have bills to pay, always struggling,” she said on Twitter.

She narrated how she was once mistreated by a TV presenter after failing to deliver a wig to her on time.

“I did not have off days; I was not allowed to look at her directly and I was forced to speak English all the time. She was always on blogs and having scandals,” she said.

“She once had an event in Westlands na akanishow nimpelekee a certain wig urgently. Traffic was bad na nilikuwa ndani ya Uber. Nikachelewa kufika na the moment I arrived, she grabbed the wig, threw it to my face, slapped me and then sacked me on the spot. Sikuwai lipwa salary.”

Regarding the group sex incident, the housegirl said she once worked for an Indian family which forced her to attend their threesomes.

“And then I worked for this strange Indian couple that would, every Saturday, force me to watch group sex in their basement. Tulikuwa house girls watatu. We would be dressed up in uniforms, tunaleweshwa alafu we go to the basement where Indians on drugs would perform group sex,” she said.

Obunga claimed that even though the job was like torture, she held on for a s long as possible because the pay was good.

In 2019, Obunga said that she worked for a couple that was all over the news especially after the wife hired goons to kill the husband.

However, the man knew about the plan and when the goons arrived at his house, police officers stormed into the house.

“It was the bloodiest, noisiest shootout I have ever witnessed,” she said.

She was asked to take her boss’ kids to a mall where they used to play every weekend.

“After hours of playing, the lady (Obunga’s boss) could enter into an eatery with her kids, the husband gets into a bar and I was asked to go and wait for them in the car,” she narrated.

Obunga is now calling upon well-wishers to help her. “I’m currently jobless na siwes mind a better job or even my own small bizna. If you wish to help please do so. Binadamu ni kujiongea. Siwez mind lunch. Ama ata supper. Or clothes or anything tu. Support me on 0745925197 and follow me too niwakeep updated. Am sure I’ll pull thru (sic),” she said.