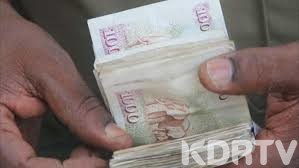 A car dealer in Nairobi was left speechless after a flamboyant business man walked into his car shop and purchased a brand new Mercedes Benz, paying in cash using the Sh1,000 old notes.

John, who is the owner of a car dealer’s shop located  in a high end region narrated that the man walked in and asked for the price of the car, he then went ahead and completed his purchase using cash payment, in Sh1,000 denominations.

“The car was worth Sh7.4M and the business man paid in cash. I was however not shocked since the deadline for clearing old currency is just four days away,” said John.

With the deadline to clear old currency notes fast approaching, money has been reported to have been spent and squandered aimlessly in the city’s capital.

Earlier in June, the Central Bank of Kenya Governor Patrick Njoroge together with President Uhuru Kenyatta unveiled new bank note currency, with a September 31 deadline issued to have all Sh1,000 exchanged.

This was a plot to have all dirty money and money acquired illegally flashed out of the system, with adequate control of flow of cash.

Majority of people who had embezzled money in different fraudulent ways panicked as taking it to the bank would raise an alarm and have the authorities on one’s neck.

Therefore, the only possible way to spend the money was through excessive expenditure of cars, houses, lands and other materialistic things that wouldn’t raise alarm.

“The deadline is only four days away, and taking the money to the bank will raise suspicions. taking huge sums to the bank for exchange require documents to back them up, failure of which the authorities will be alerted. The only way is to buy cars,” said John the car dealer.

In the past one month, the authorities have recorded an increase in expenditure, with people buying properties at a high rate.

This is an indication that although the target for the money to be collected has not been reached, the new currency introduction plot has worked and proved effective to send money embezzlers in panic.