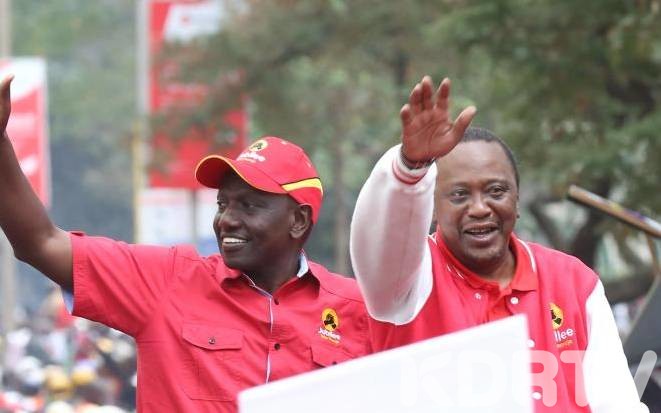 Gatundu South MP Moses Kuria has claimed that the Mt Kenya region will ditch Jubilee Party and form a new alliance ahead of the 2022 general elections.

The Jubilee Alliance, which has delivered the past to presidential elections, is on the verge of collapse as two factions fight for its control. The Kieleweke team which supports President Uhuru Kenyatta’s handshake with ODM leader Raila Odinga does not see eye to eye with Tanga Tanga team which pays allegiance to Deputy President William Ruto.

Politicians allied to Ruto have urged the DP to ensure the party remains intact heading to 2022 elections because this is the only way he will be guaranteed of winning the presidency. Part of the plan is for Ruto to take over the leadership of the party from Uhuru whom they say is not concerned with Jubilee after finding a new home in the handshake.

But Kuria has insinuated that there is no need for Ruto to fight for the party since it will be an empty shell as the Mt Kenya region will have a new home.

‘I can assure you that Mt Kenya will have its own party,’ Kuria said as quoted by the Daily Nation newspaper.

The firebrand MP revealed that personally, he knows he will not be in the ruling party in 2022.

‘My future is not in Jubilee. My mind is set that I will not be in Jubilee in 2022,’ he confidently said.

It is believed that Kieleweke leaning politicians, led by Kirinyaga governor Anne Waiguru asked the President to be allowed to work with Raila Odinga.