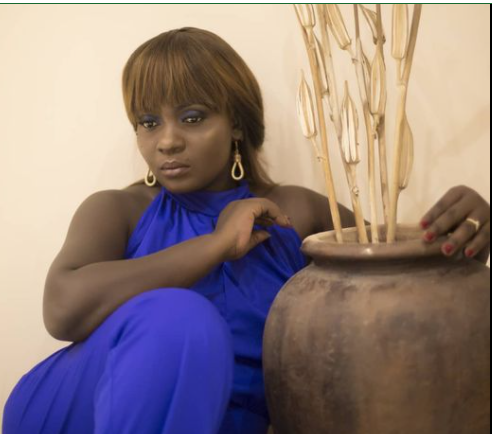 After weeks of no communication, coast-based singer Nyota Ndogo finally earned a response from her estranged Mzungu hubby.

A screenshot shared by the singer showed her hubby confessing that indeed he missed her, something that got her really excited.

Nyota Ndogo in May flew all the way to Denmark in a desperate attempt to save her marriage and from the looks of things, her trip has paid off. 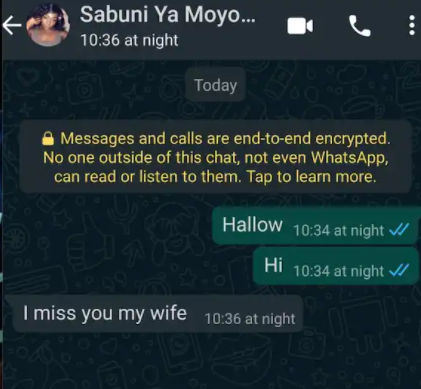 “I’m so overwhelmed I do not even know how to respond. I won’t even sleep tonight, I’ll just sit and stare at this message,” an elated Nyota Ndogo wrote.

The singer also noted that her hubby still had her photo as his profile picture, which was definitely a good sign.

News that her hubby still had some love for her came at a time when she was almost giving up all hope at reconciliation.

Her husband of seven years initially cut contact with her after she broke the news that she was expectant.

What ensued was a series of frantic online messages from Nyota Ndogo, begging her hubby to take her back, with fans urging her to simply let go and try to move on, however painful.