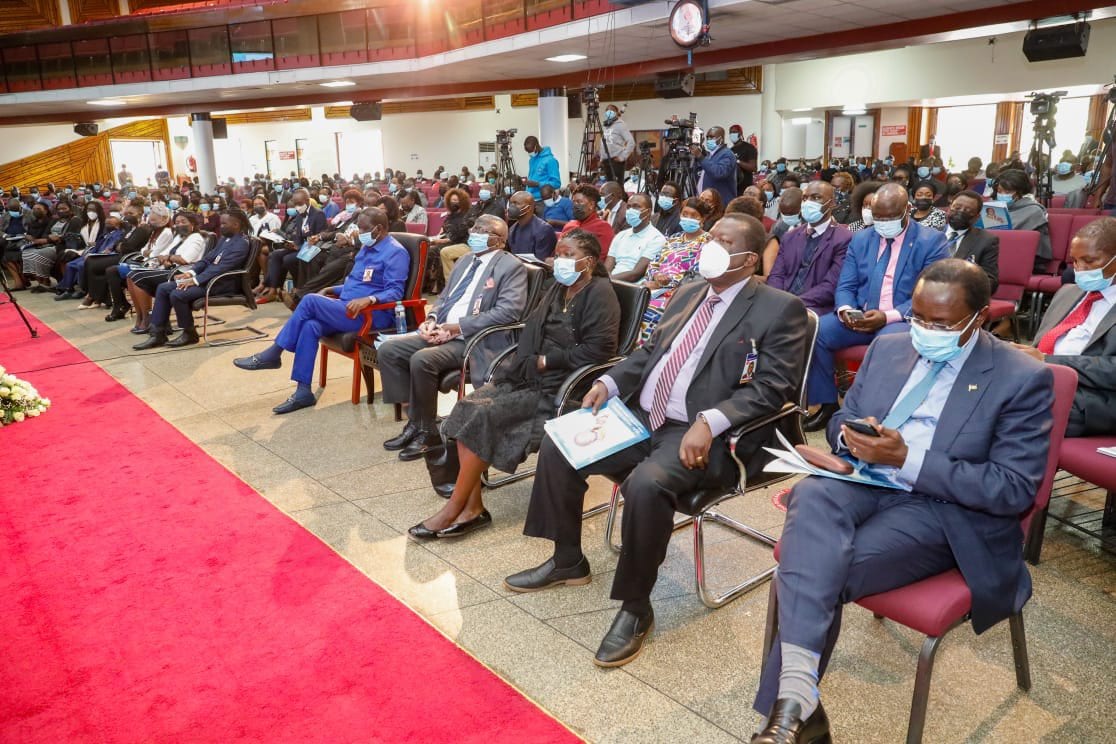 Many politicians allied to the ODM party have urged NASA principals to unite ahead of the 2022 elections.

“You (Kalonzo and Musalia) know we are in your hands, do something,” implored Minority Leader John Mbadi.

“Together with your fellow leaders, Kalonzo Musyoka and Musalia Mudavadi this is your time to focus on what will happen in 2022,” added Makadara MP George Aladwa.

KDRTV understands that Kalonzo and Mudavadi who were both presents during the service had resolved to go their way in 2022.

Mudavadi said that he no longer trusts ODM chief Raila Odinga and thus would not support him in 2022.

At the same time, Kalonzo Musyoka said that he will be the most stupid person in the world to support Raila Odinga for the presidency in 2022.

However, President Uhuru Kenyatta had also hinted that he would support a NASA principal in 2022 if they drop their differences.

KDRTV established that ODM troop apparently tried to mend fences in NASA during the requiem.

“Raila, Kalonzo and Mudavadi, sit together and give us one person to lead this country…” added Gatanga MP Joseph Nduati.

However, during his speech, Mudavadi tried to divert away from the comment but insisted on the calls for trust.

“Let us work together, let us build bridges and let us underpin everything we do with trust and I’m sure good solutions shall be found for the people of Kenya,” said Mudavadi.

However, Raila Odinga called for a united country ahead of the 2022 general elections

“I think what is important is for us to come together as the people of Kenya and we put away our ethnic origins to bring Kenya first. This is what is most important,” said Odinga.

Midiwo`s family said he loved the peace and united his family.

The remains of former Gem Member of Parliament will be flown to Gem, Siaya County on Friday before burial on Sartuday at his gem home.