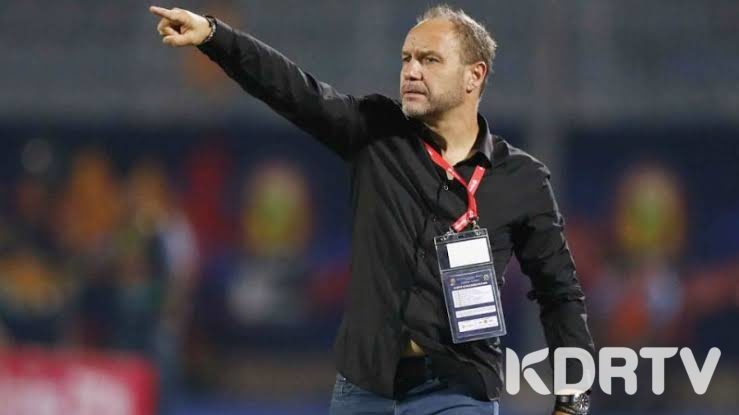 Coach Sebastian Migne and Football Kenya Federation have today parted ways on a mutual consent . This comes barely two weeks have failed to lead Kenya to CHAN championships in Cameroon

In a statement to media  by the Federation,the Federation thanked coach Migne for his services and subsequently wished him well in his next chapter. The statement further states that Harambee Stars will have a new head coach as soon as possible.

“Football Kenya Federation and Harambee Stars Head Coach Sébastien Migné have agreed to terminate the
coach’s contract on mutual consent. Consequently, FKF and Migné have agreed on a settlement for the coach, over a period of time.”

“The Federation wishes to thank Coach Migne for his exemplary work and high standard of professionalism
during his tenure, which culminated in the country qualifying for the 2019 AFCON tournament for the first time
in 15 years,”

“The reorganization and appointment process for a new technical bench is already underway and the team to
steer the Harambee Stars  forward will be announced shortly,”

“We wish the coach all the best in his future endeavors, this even as we turn our focus on the upcoming 2021
AFCON qualifiers, with a view to try and qualify for the final tournament,”

Migne will be remembered for having led the country to Africa’s prestigious tournament African Cup Of Nations (AFCON) after a 15 year absence.