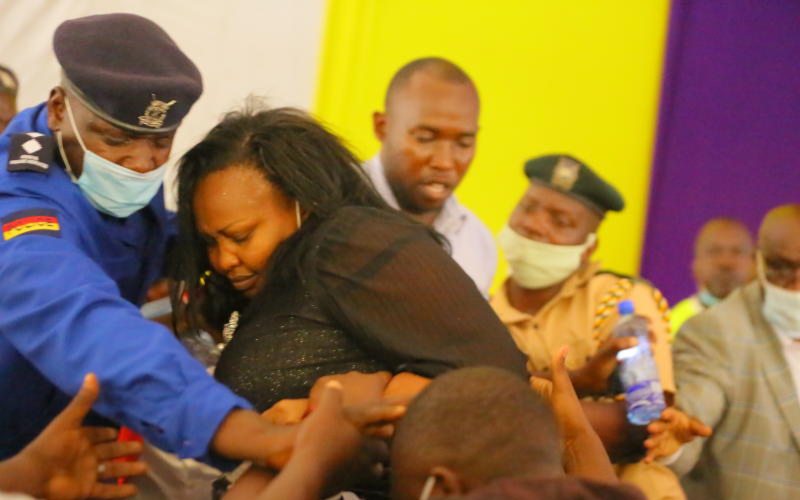 Nairobi Women Rep aspirant Millicent Omanga has found herself in  trouble after her furniture and home products company, Milways Enterprises, was linked to a corruption scheme involving Kshs 4.8 billion.

The Ethics and Anti-Corruption Commission may bring charges against Omanga and a number of other businesses and people for collaborating swindle taxpayers of Kshs 4.8 billion by indulging in shady contracts that were given by the Kenya Prison Service.

According to a local newspaper  Milways Enterprise obtained a Kshs 200 million contract to provide the jail service with gun slings in 2019, just as EACC started reviewing contracts submitted by various government entities and the investigations were preventing the transfer of any monies.

Although delivery of the weapons and other security equipment was not guaranteed, the Kenya Prison Service had previously committed to pay suppliers 80% of the entire amount they were required to receive once supplies were supplied.

However, since slings are added to firearms when they are being manufactured, the contract given to Omanga was unnecessary.

Investigations into the case are still underway, and it’s possible that the proposed senator and other Kenya Prison Service employees will be charged with conspiring to steal taxpayer money.

When asked how she obtained the contract, Omanga insisted that the caller had dialed the wrong number and that she had no idea what they were talking about.

The EACC is also looking into why officials in Kenya Prisons Service approved the release of 80% of the bid amount while many of the parties that were contracted with failed to fulfill essential conditions including providing bank and performance guarantees.

Subscribe to watch latests videos
In this article:EACC, Millicent Omanga