One lady was killed while 17 others injured in a road accident along Magadi road close to Banda school. 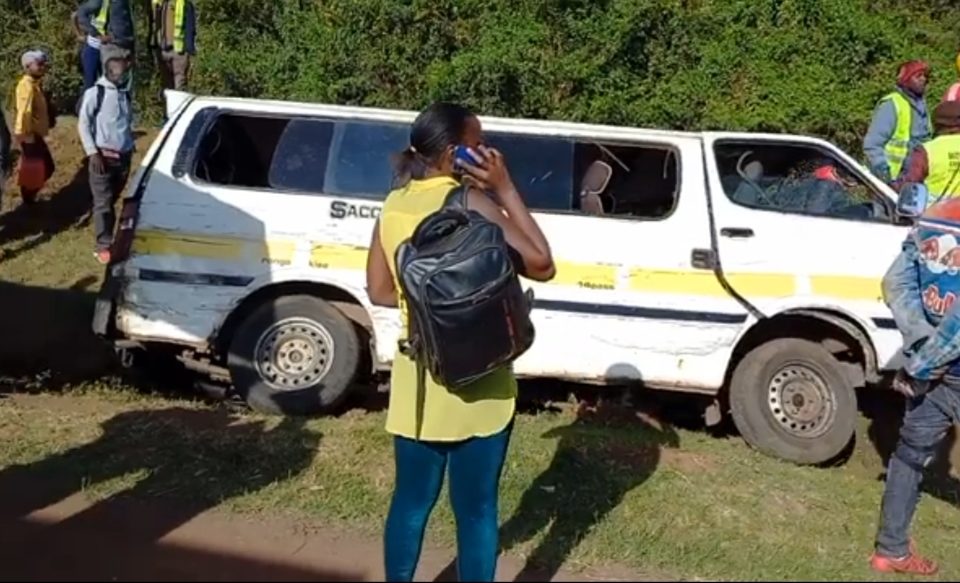 The matatu is said to have lost control and on a very high speed. However, those injured were rushed to the nearby hospital.

The traffic police officers reacted quickly to the situation. Boda boda riders too came through and rescue the people trapped in the nissan hiece matatu. 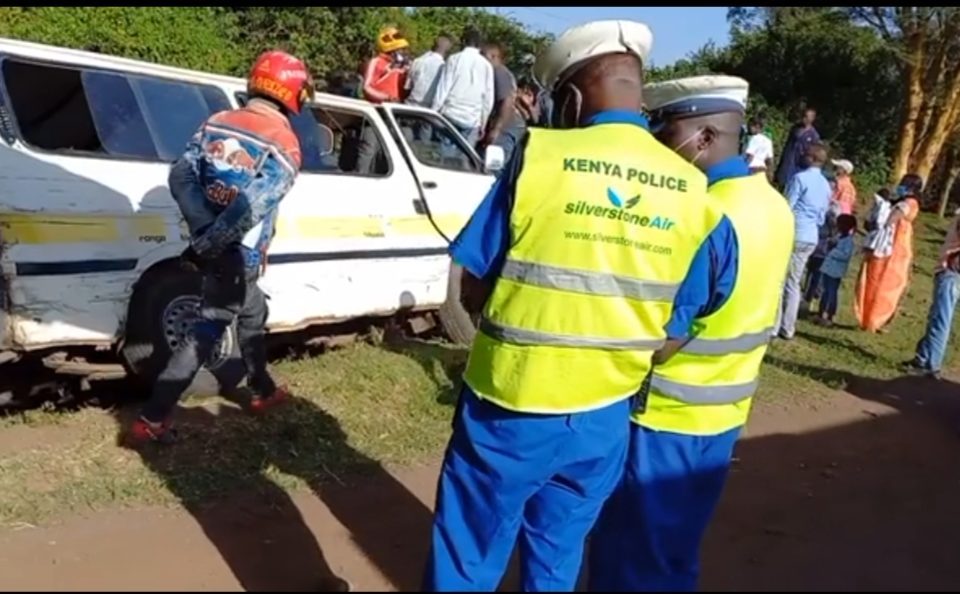 Traffic police on the accident site

According to witnesses, the car was over speeding and it was also said to be overloaded. However, the nissan hiace too is said to have had a break failure.

Nonetheless, this is not the first time an accident has been reported along the magadi road. Several matatu drivers are said to break most the traffic rule and could get away with it.

Overspeeding and overlapping are two major causes of road accident along the magadi road.

Last year, an accident had occurred near Nairobi women’s Hospital in Ongata Rongai and killed a Bodaboda rider. On that same week, two teens were killed on the spot in an accident along magadi road, close to Banda.

Besides those two accidents reported, a pedestrian was once killed by a lorry on Rimpa road which is also in Magadi road.

The public transport industry should always check on the speed and the condition of their vehicle. Moreso, they should aways ensure that their drivers are not under the influence of anything whenever they are at work.