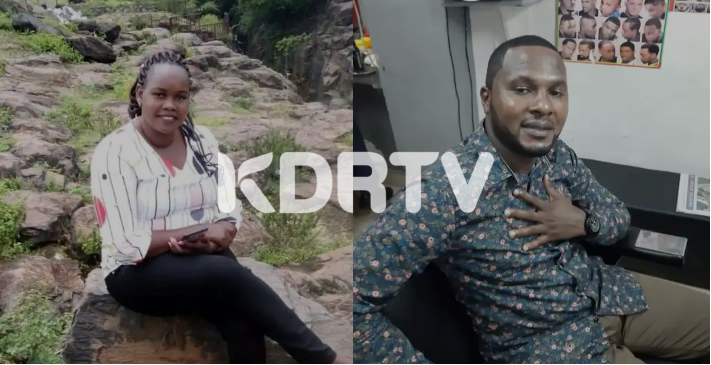 The Security consultant was married to Margaret Wambui and Purity Wanderi.

Speaking to the media at General Kago hospital’s mortuary during the post-mortem examination of his body, the two wives and family said they didn’t know who Kangogo is and were shocked by the news that Njiru has been shot in Juja.

The father of the deceased, Ale Njiru, also said he doesn’t know who Kangogo was.

Police said that Njiru is believed to have helped Kangogo escape after she killed her colleague John Ogweno.

After shooting Ogweno, the officer then took off with his firearm, a loaded Ceska pistol and drove to Juja, where she lured Njiru to Dedamax Hotel on Monday, July 5 She later emerged from the room at around midnight and fled to an unknown destination, leaving the dead man’s body sprawled on the bed.

Detectives established that she lured her second victim to the room after paying for it before savagely shooting him on the head at point-blank.

Subscribe to watch latests videos
In this article:Caroline Kangogo,Peter Njiru