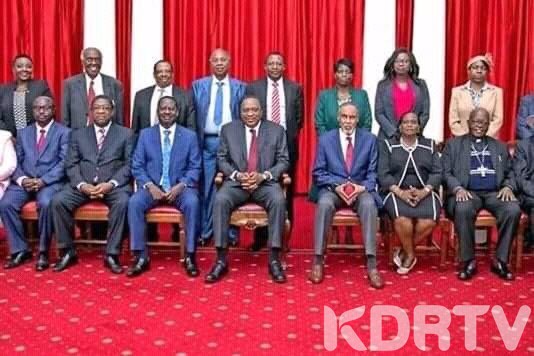 President Uhuru Kenyatta and his brother Raila Odinga have this afternoon (Tuesday)  received the BBI Report at Statehouse Nairobi.

The news was shared on social media by KTN Journalist Tony Gachoka,  a known Raila ally.

Uhuru @StateHouseKenya together with his brother Baba @RailaOdinga have received the #BBIReport this afternoon at State House. The country will soon/now engage in a polemical & expository discourse on its contents which, I look forward to discussing & listening! #BBIPeoplesReport pic.twitter.com/LVG0TvN6Tq

Subscribe to watch latests videos
In this article:BBI Report