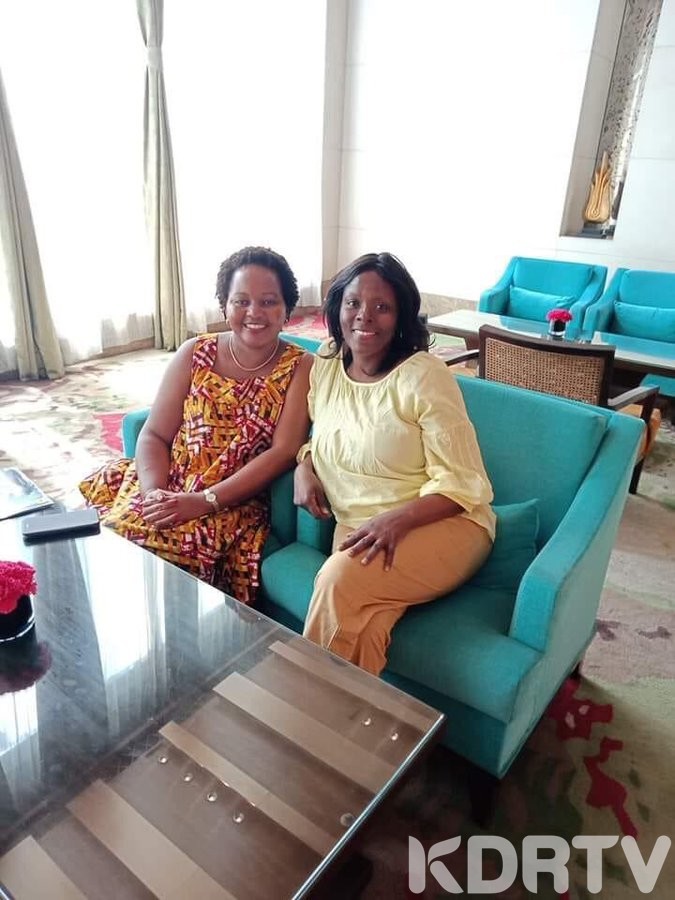 (KDRTV) – The name Pauline Kamau has dominated conversations in the hearing of the impeachment case against Kirinyaga Governor Anne Waiguru.

Kamau, who was appointed to Kirinyaga County as the Personal Assistant to the Governor, was later controversially and illegally a director of Administration. She did not present any academic qualifications to the County Public Service Board apart from her birth certificate.

Waiguru later appointed her to chair several tender committees. She alternated with ICT Director Gichira Wayne to chair the committees.

It is Pauline Kamau who influenced the award of a Ksh 50 million tender to Velocity Enterprises. The County Assembly claims that the company is owned by Waiguru’s relatives.

Photos of Pauline Kamau have now emerged on social media.

Pauline Kamau. The lady with only a KRA certificate.#waiguruMustGo pic.twitter.com/2o6VhXN49U

It has also emerged that Waiguru and Pauline were together during the Governor’s tenure as Devolution CS. They appeared together for hearings at the National Assembly Public Accounts Committee during the National Youth Service (NYS) investigations.

Pauline reminds Kenyans of the Josephine Kabura scandal with Waiguru.