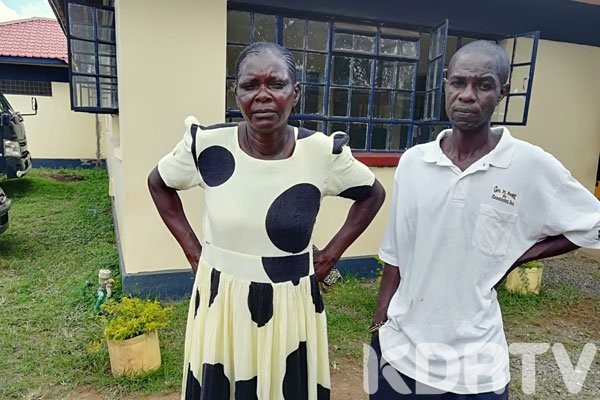 Mr Oloo was found murdered in the officer’s house on Thursday morning. Police believe he was killed in a love triangle involving the officer and her lover. Kerubo and Oloo were allegedly cohabiting for more than two years.

Oloo’s mother Keziah Oloo told reporters on Thursday that the couple has had several issues in the past and the woman had promised to kill her son.

Police are holding Kerubo as the chief suspect in the macabre murder. She was arrested at a Chang’aa den after public uproar. The officer’s alleged lover, a local chef, is also in custody. Detectives have also questioned Kerubo’s daughter and her house help. It is not clear if the two are being treated as suspects. Detectives are pursuing another suspect, believed to be the chef’s brother, who has gone into hiding.

Eric oloo is the latest victim to die in the hands of his lover and a person known to him.
The murders and body count keep rising…! pic.twitter.com/EghQMP2rFx

Neighbors say Oloo was attacked by the chef and his brother on Wednesday night. He had three deep cuts on his forehead, mid-section and also the back of his head. The bed he was found was also soaked in blood.

It has also emerged that Oloo was married to another woman, with whom they had sired a daughter together. The journalist separated with his baby mama after he moved in with the officer.