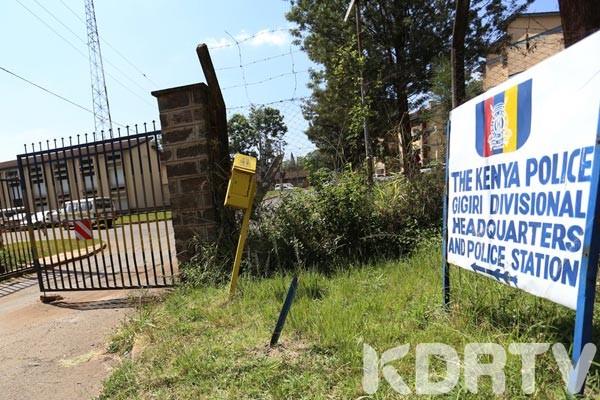 A police officer was on Wednesday morning arrested by his colleagues counting a bribe that he had been handed by a motorist.

In a police report seen by KDRTV, the officer had earlier on in the day stopped a motorist identified as Michael Kidula Mboya, who resides in Runda and accused him of committing a traffic offence.

“At around 0640Hrs while he was driving his motor vehicle of registration number KBB 111T a BMW Grey in color along Limuru Road about 3KM East of the station heading towards Westlands direction at Redhill junction. He was stopped by a male officer who was alone in full uniform,” the statement read in part.

It further stated that the officer then accused the motorist of overtaking in an undesignated place before he asked for a bribe of Sh20,000.

The motorist argued that he did not have the money and the officer decided to escort Mr Mboya to NCBA ATM lobby within Village Market Mall where he withdrew the money and handed it to the officer.

“He was issued with a fake cashbail receipt of the said amount and asked to appear at the Milimani Law Court on March 24, 2020- Later he wrote at the back of the receipt “Not to Go to Court Forgiven,” the police report read.

It is then that the motorist became suspicious of the document and reported the matter at Gigiri Police Station.

He gave a description of the officer to his colleagues who later informed the OCS Gigiri and proceeded to house number 5 block 12 within the station and arrested the officer.

The officer was found counting the money which was taken as exhibit in the case- the fake  cashbail receipt was also taken by the officers.

Mr Sirat is now under custody and is expected to be arraigned in court once they get back to operations.