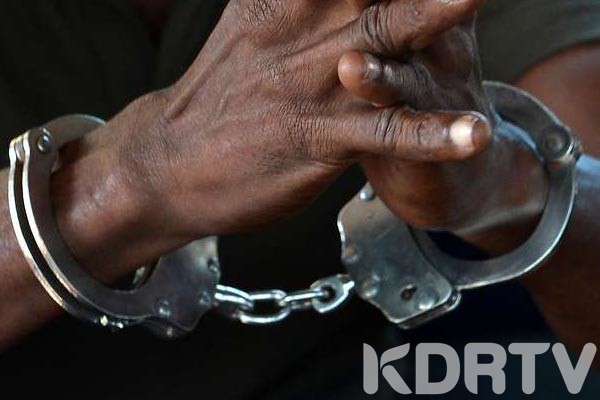 A primary school teacher is nursing serious stab wounds after her rogue husband stormed the school in Bondo and stabbed her due to domestic issues.

Everline Otieno who is a teacher at St. Paul’s Gulf Academy aged 25 was running the normal school program in class before her husband stomped in, requested for her phone which she handed over and started beating her mercilessly in front of the pupils.

Nursing the serious inflicted, Everline narrated that the husband Kevin Otieno descended on her with kicks and blows before drawing a knife and stabbing her several times on the neck and cheek.

The pupils screamed in a bid to intervene and help their teacher until members of the public and the school management came to her rescue and arrested the man by taking him to Bondo Police Station.

The School director confirmed the happening of the attack adding that the teacher was seriously wounded and could have been killed if not for the help of the public.

“The husband was chased and hunted down by members of the public who also descended on him with beatings before taking him to the police station. We found the teacher in a bad shape and the pupils scared and traumatized,” said Mr. Ambajo, the school director.

The police are still looking into the matter and asked the school management to initiate measures that protect pupils and stakeholders from access by rogue and violent members.

For instance, the police condemned the acts of the man but insisted that if the school security was good enough, he would not have managed to pave his way through to the class room without being caught or stopped.

Everline narrated that the husband had been very violent and threatened to kill her a number of times, something that she has explained to her family and friends.

Ideally, she complained that he had been arrested before and released under unclear circumstances hence she was scared of reporting every time a scene happened.