A secondary school principal is currently cooling his heels behind bars after he was arrested for copulating with a Form 4 girl.

This site has learnt one Leonard Baraza, the principal of Chebotoi Secondary School was arrested on Wednesday, April 14, after he was caught engaging in sexual act with the girl at his house in Kuresoi South, Nakuru County.

The principal was arrested following a tip off from area residents who sighted him with the girl.

The principal was arrested but released on free bond.

The incident was confirmed by Kiptagich Location Chief Wycliffe Too who said the Chebotoi Secondary School Principal lured the girl immediately after completing her KCSE exam.

While making her confession, the girl disclosed she is 21 years although police are following up on her birth certificate details for confirmation.

The girl also revealed that she went to the principal’s home after completing her KCPE paper on Wednesday evening.

After the arrest, the two were booked at the Kiptagich Police Station. 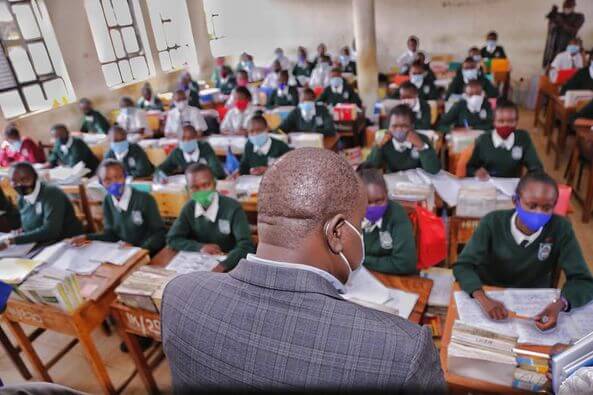 However, the girl was escorted to Kiptagich Health Centre where medical test confirmed that she had indeed engaged in sexual intercourse with the principal.

The girl was later allowed to go home in the company of her parents.

As for the principal, he was detained at the police station until around 11.00pm when he was released on free bond as police await for the girl to present her birth certificate for further action.

The incident angered many Kenyans with quite a number taking to different social media platform to express their dissapointments.

KDRTV.co.ke is following up the issue closely and will update you as latest development unfolds.