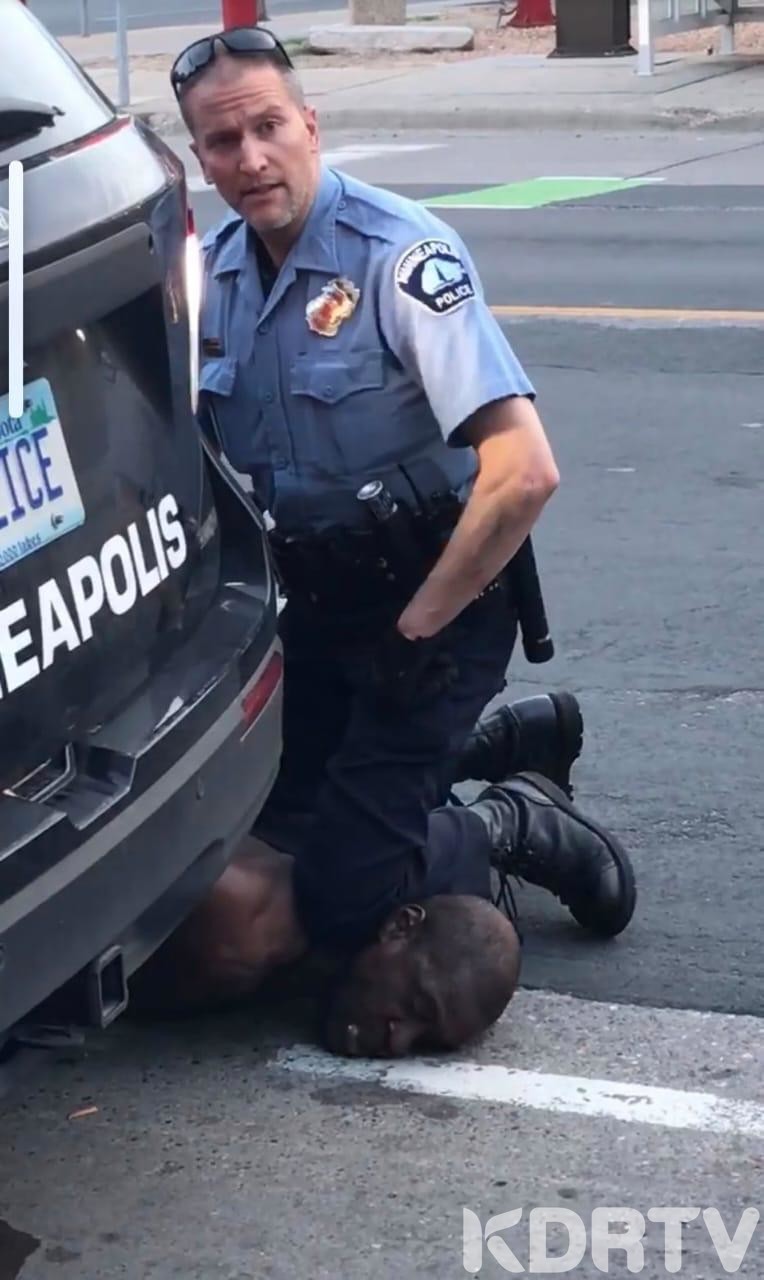 KDRTV News-Minneapolis, Minnesota, hundreds of residents have camped outside the house of the policeman who was seen kneeling on the neck of a black man before he collapsed and died.

The protesters are demanding for the prosecution of the 4 policemen whose actions led to the unfortunate event which occurred on Monday this week as they were arresting Mr. George Floyd whom they accused of resisting arrest but this information has not been verified as there’s still investigations underway by the FBI.

Protesters have blocked all the entrance to the home of the Policeman and it’s become difficult for him to get supplies from the stores. Several food delivery vans attempted several times to deliver food to his house but were turned away by the protesters who didn’t allow them to deliver food.

Other protesters have also gathered outside the police Headquarters in Minneapolis, demanding for the arrest and detention of policemen who are accused of arresting George Floyd and pinning him down to the ground till he passed out and died while being taken to Hospital.

The Mayor of Minneapolis has now called on the District Prosecutors to arrest and file charges against the 4 police officers involved in Mr.George Floyd incident