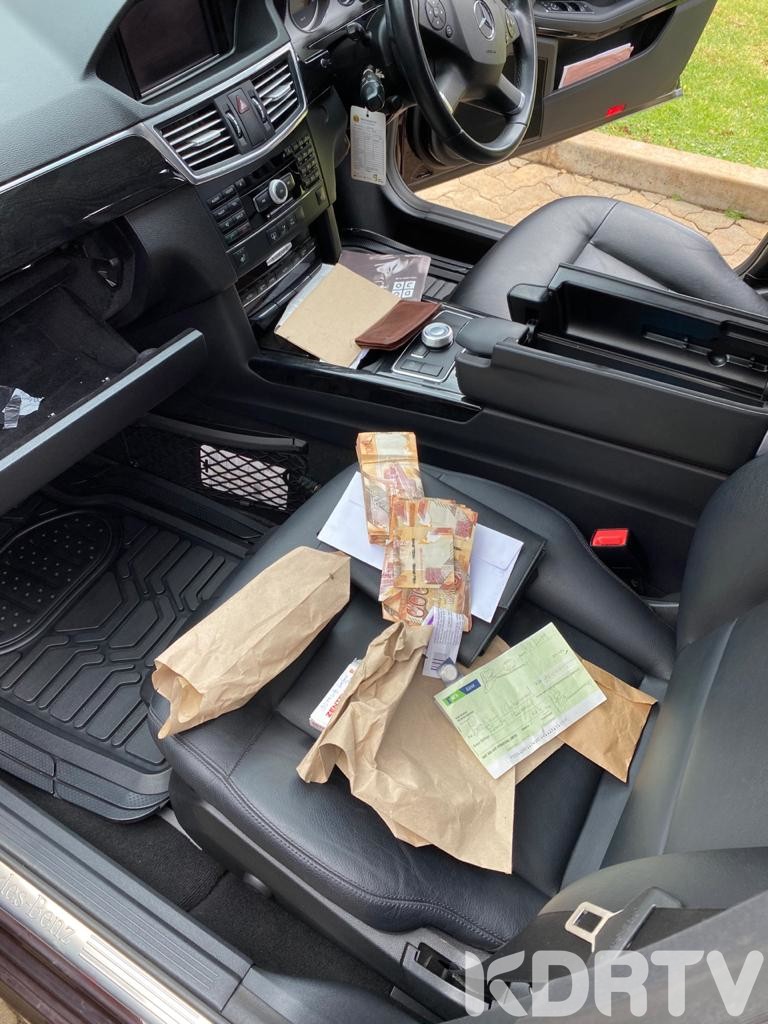 (KDRTV) – Detectives investigating former Sports CS Rashid Echesa over the fraudulent acquisition of three vehicles from a widow were shocked after they found a lot of money in one of the vehicles.

Detectives raided Echesa’s Karen home on Monday morning and carted away five vehicles. It has now emerged that one of the vehicles, a Mercedes Benz Registration Number KCL 350J, had Ksh 507,000 in its front seats.

It is not clear why Echesa had all that money in his possession.

Echesa, has been brushed shoulders with the law since being fired from Cabinet in March 2019, is accused of fraudulently acquiring three vehicles from a widow in 2016. The vehicles belonged to his close friend and business partner who passed away. He used to hire the vehicles to Echesa.

One of the cars, a Passat with registration number KAY 388A.

The politician, whose Education history is not known, owns a posh 12-bedroom mansion in Karen. He is believed to own homes in different parts of Nairobi including another one in Ruiru. It is not clear how a man with no education and very little known business investments would own all these properties. But this is Kenya for you.