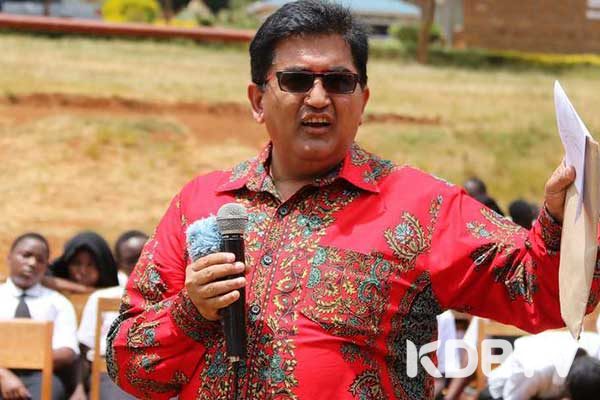 The Member of Parliament of Imenti North, Rahim Dawood has now said that allies of the Deputy President also attended the Hotel La Mada meeting that was alleged to plot the assassination of the DP.

Dawood insisted that the meeting was meant to discuss development in Mt Kenya region and there is no way they could discuss assassination plot while Ruto`s friends were also present in the controversial meeting.

The lawmaker was speaking on Saturday in Meru during the burial ceremony of the deputy county commissioner, Titus Mburugu where he denied links of the meeting to assassination plot.

“Most of the MPs from 10 counties in Mt Kenya attended meetings in Nyeri, Naivasha and La Mada, and there is no time that we discussed DP Ruto since his followers were also there. It is not a crime for Mt Kenya leaders to meet over development,” said the Imenti North MP.

Notably, this was the first time Mr. Dawood was admitting that he also was in attendance of the controversial meeting.

According to the MP, the people tarnishing and linking CS Peter Munya to murder plot have interested to limiting his political might.

On the contrary, it had been reported that the reports of the meeting in the Hotel La Mada submitted to President Uhuru Kenyatta denied discussion of development agenda during the meeting.

Read Also: Matiangi is Set to Drive Sportpesa, Betin out of Business to Clear Way for BetLion –Babu Owino

There were also allegations that after President Uhuru met his Deputy, he ordered the CSs to stop secret meetings at Hotel La Mada. However, the allegations were denied by Peter Munya saying that they are even more spirited to attend such ‘secret’ meetings at hotel La Mada.

As per now, it not clear if the DP Ruto has tendered an official complain over the alleged assassination plot.